Warning: count(): Parameter must be an array or an object that implements Countable in /home/vhosts/skiddle.com/httpdocs/artists/artist.php on line 212
 After Midnight tickets and 2020 tour dates
Coronavirus update: View cancelled events here
» Events » Events by artist » After Midnight 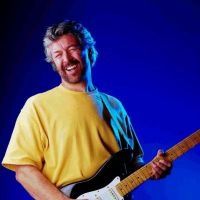 After Midnight tickets and 2020 tour dates

The Sage Gateshead in Gateshead

The band was formed in 1985 in Newcastle upon Tyne long before the term tribute band was invented, and named themselves "After Midnight" after Eric Claptons first solo hit. Their ability to re-create Claptons electrifying stage performances really caught the audiences imagination. In guitar/vocalist Mike Hall, the band possesses a front man who not only looks like Eric, he sings and plays guitar like him too!

In 1999, Mike won a national look-alike competition held at Madam Tussauds in London. Mike has met Slowhand twice, and even received a message of encouragement from the guitar maestro (written on a Concorde menu).

After Midnight has been mentioned in our news coverage

Why Battersea Evolution Is Where You Want To Be This NYE

Lemmy Ashton In Residence (Bugged Out!)

Do you promote/manage After Midnight? Login to our free Promotion Centre to update these details.