Warning: Use of undefined constant USER_ID - assumed 'USER_ID' (this will throw an Error in a future version of PHP) in /home/vhosts/skiddle.com/httpdocs/artists/artistheader.php on line 29
 Antlered Man tickets and 2020 tour dates
» Events » Events by artist » Antlered Man 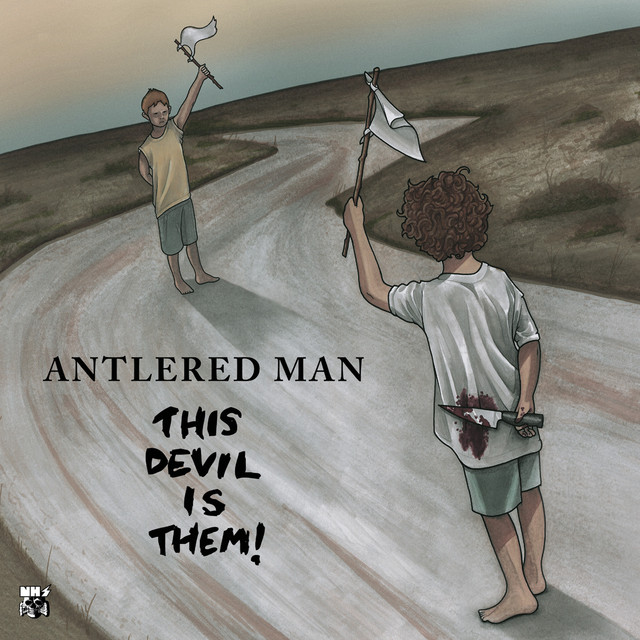 Behold the call of Antlered Man! Danny Fury (guitar), Damo Ezekiel Holmes (vocals), Sam Ray (Bass) and Oliver Parker (Drums) are the core members that started the group in early 2009. The quartet cut their teeth playing in various rock/punk bands before coming together to create what Dazed & Confused describe as "a new behemoth striding out across the land". Also in the ranks are Sarah Townsend (flute) and Karlie Pea (violin). Ferociously heavy yet wonderfully harmonic; the logical conclusion of a whippet-thin skinned, quick tempered environment and all those forced to dwell in one. Antlered Man offers a fusion of aggressive riff-driven guitar and delicate orchestral sounds, influenced by the likes of Melvins, REM, Trail Of Dead, Radiohead and the deadbeat hero, Doug Stanhope. Early demo recordings were frequently played on Xfm and BBC Radio 6. Since then a self-funded debut album has been recorded and awaits release. The band is currently seeking a label. Antlered Man dare any and all to join. Swell the ranks. Achieve ultimate formidability. But do not fear! The vocal stylings of a Mr Paul Rodgers, will never be welcome, and for this, we can only salute you, Antlered Man.

Antlered Man hasn't been mentioned in our news coverage

Below is a sample playlists for Antlered Man taken from spotify.

Do you promote/manage Antlered Man? Login to our free Promotion Centre to update these details.