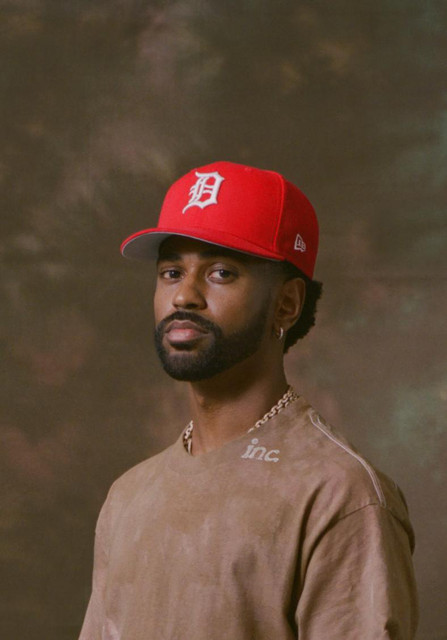 Sean Michael Leonard Anderson, (born March 25, 1988 in Detroit, Michigan), better known by his stage name Big Sean, is an American rapper signed to Kanye West's G.O.O.D Music and Island Def Jam. In 2005 he met West at a radio station, and after being impressed with Sean's obvious talents he signed him in 2007. So far he has released three mixtapes, 2007's Finally Famous, 2009's UKnowBigSean, and 2010's BIG. His debut album, Finally Famous, was released in June 2011 and featured guest appearances from hip hop superstars Kanye West, Chris Brown, Pharrell Williams, The-Dream, Wiz Khalifa, and Lupe Fiasco. He was raised by his mother and grandparents who worked steadfastly to instill in him the principles of hard work and determination. Sean attended the Detroit Waldorf School, a school of art, from Kindergarten to 8th Grade where he was introduced to a spectrum of art and culture. He later attended Cass Technical High School where he furthered his music career, met life long friends, and gained the support of fans and peers as he independently sold copies of his music. Sean gained a strong relationship with 102.7FM, a local radio station in Detroit where he displayed his rhyming skills weekly. There, he met Kanye West after a radio interview in 2005 and got a chance to display his talent by freestyling for Mr. West, giving him a copy of his music and sending numerous tracks for him to critique. After months of submitting songs and numerous meetings, Sean finally got the call from Kanye West himself saying that he wanted to sign him. User-contributed text is available under the Creative Commons By-SA License and may also be available under the GNU FDL.

Big Sean has been mentioned in our news coverage

The art of the diss track

Jeremih brings Late Nights to the UK in June

The Weeknd pulls out of Rihanna ANTI tour dates

Five of the best: Rihanna

Below is a sample playlists for Big Sean taken from spotify.

Do you promote/manage Big Sean? Login to our free Promotion Centre to update these details.