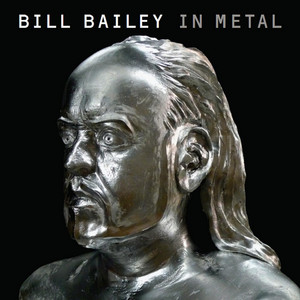 Bill Bailey is a comedian/musician/actor from the UK. His live shows are a mixture of stand-up and original comic songs. He has four albums (two studio, two live) and four live DVDs. He plays Manny Bianco in the sitcom "Black Books" and was a permanent fixture of "Never Mind the Buzzcocks" on the BBC for 11 series' until October 2008. Bill has done 4 live tours so far:- Cosmic Jam, Bewilderness, Part Troll and Tinselworm.

Bill Bailey has been mentioned in our news coverage

Below is a sample playlists for Bill Bailey taken from spotify.

Do you promote/manage Bill Bailey? Login to our free Promotion Centre to update these details.