Warning: Use of undefined constant USER_ID - assumed 'USER_ID' (this will throw an Error in a future version of PHP) in /home/vhosts/skiddle.com/httpdocs/artists/artistheader.php on line 29
 Dean McPhee tickets and 2020 tour dates
» Events » Events by artist » Dean McPhee 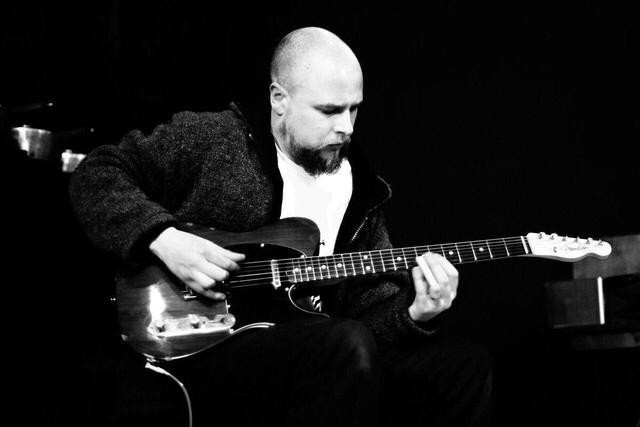 Dean McPhee is a solo electric guitarist who lives in West Yorkshire. He takes his inspiration from a broad range of influences - including Psychedelic and Post Rock, Mali Blues, Minimalism, Krautrock, British Folk, Bluegrass and Moroccan Trance. His highly percussive fingerstyle technique enables him to play bass notes and drones and to solo fluently at the same time. He has an experimental approach to his guitar sound, which incorporates decaying delay effects, shimmering tremelo and warm valve distortion and his guitar pieces often use unusual chords and tunings.

Dean McPhee hasn't been mentioned in our news coverage

Below is a sample playlists for Dean McPhee taken from spotify.

Do you promote/manage Dean McPhee? Login to our free Promotion Centre to update these details.