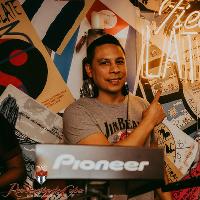 Fabio Bahia was born in the Northern Province of Para in Brasil 36 years ago.

As a young teenager, his family moved to Leeds when his mother remarried a British man. He started work at the legendary Underground Club as a glass collector in 1995, just as DJ/promoter Lubi Jovanovic opened his famous Latin club night CASA LATINA. Within 4 weeks, Fabio left the job as he couldn't collect enough glasses due to dancing to the heavy salsa and samba rhythms being thrown down by the DJs Lubi and Chico Malo!

He became a regular at Casa Latina, and his DJ career began in 1996 when another Brazilian DJ, Fernando Brasil, started to train him up and give him warm-up slots at his club, La Tasca, in Manchester. By 1997 Lubi was also giving him warm-up slots at Casa Latina, in 1998 he began his first DJ residency at Havana in Manchester. In February 1999, he started his first Leeds residency, every Tuesday at "Latin Quarter" at Ponana.

Fabio Bahia hasn't been mentioned in our news coverage

Do you promote/manage Fabio Bahia? Login to our free Promotion Centre to update these details.