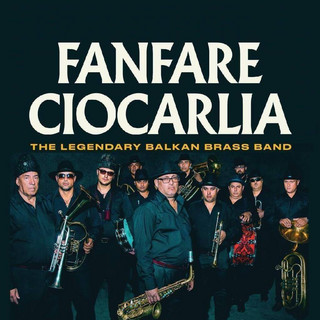 Fanfare Ciocărlia is a popular twelve-piece gypsy brass band from the northeastern Romanian village of Zece Prăjini. The band began as a loose assemblage of part-time musicians playing at local weddings and baptisms. In October 1996, the German sound engineer and record producer Henry Ernst visited Zece Prajini and convinced a number of the musicians there to assemble a touring band. These musicians decided to name the band Fanfare Ciocărlia: Fanfare being a French word that has passed into Romanian and is used to designate a brass band; Ciocârlia being the Romanian word for the skylark.

Fanfare Ciocarlia has been mentioned in our news coverage

The countdown has already begun!

Below is a sample playlists for Fanfare Ciocarlia taken from spotify.

Do you promote/manage Fanfare Ciocarlia? Login to our free Promotion Centre to update these details.