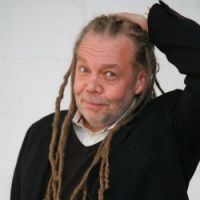 Gordon Mac (Known as the Godfather of dance music) is a highly innovative and successful entrepreneur. He carved out his career as the first person to start a pirate radio station and become legalised in the UK, the youngest ever Managing Director of a radio station and renound for creating the Kiss FM brand.

Gordon Mac has been mentioned in our news coverage

Do you promote/manage Gordon Mac ? Login to our free Promotion Centre to update these details.