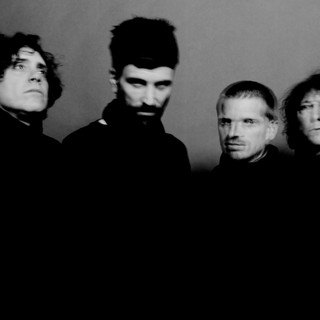 Get more information about Neighbourhood Weekender 2022 including festival tickets, news, reviews and lineups.

Get more information about Isle Of Wight Festival 2022 including festival tickets, news, reviews and lineups.

Kasabian are an alternative rock band from Leicester, England. The band consists of Tom Meighan (vocals), Sergio Pizzorno (guitar, synths, vocals), Christopher Edwards (bass), Ian Matthews (drums) and touring guitarist Jason Mehler. The band has been compared with the likes of Primal Scream, with their similar electronica-indie rock fusion and Oasis, with whom they share their confidence, vision, swagger and rough vocal style. It has been speculated that the name "Kasabian" is taken from the getaway driver (named Linda Kasabian) for the Tate murders committed by the Manson Family.

kasabian has been mentioned in our news coverage

Catfish and the Bottlemen 'The Balance' review

Below is a sample playlists for kasabian taken from spotify.

Do you promote/manage kasabian? Login to our free Promotion Centre to update these details.