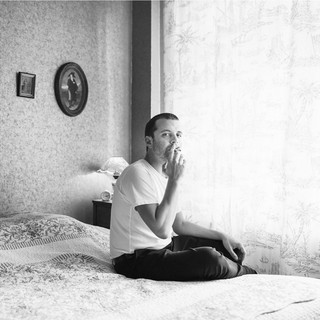 La Houle is the new exciting musical project by Geoffrey Papin and Simon Sockeel both native from France and based now in London. Heavily influenced by 80's shoegaze and noise pop, La Houle is offering a new listening to those genres by adding some complex Baudelairian's french lyrics.

Joined by Clémentine Blue (Tiger Lion) and John Davies (TRAAMS/Theo Verney) in live, the band has been gaining presence and followers in London by playing recently at the New Cross Inn, The Victoria and the Old Queens Head.

La Houle has been mentioned in our news coverage

wAFF Interview: The sound is unreal and so organic because you’re in a desert

Below is a sample playlists for La Houle taken from spotify.

Do you promote/manage La Houle? Login to our free Promotion Centre to update these details.