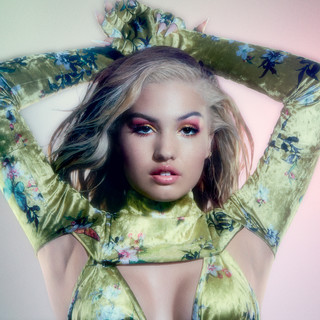 Mabel McVey, born in Malaga (February 20, 1996) and raised in Stockholm, now spends most of her time in London. Mabel has music in her blood. Her mom is Nineties singer Neneh Cherry, the pioneer of early R'n'B, and her dad is Massive Attack producer Cameron McVey. She grew up around musicians and would often join her parents on the road - unsurprisingly she has known she wanted to make her own music since she was five. Fast forward a decade and Mabel went on to study music production in Sweden but she kept the fact she was writing her own music a secret from her musician parents until she was 16. Now, Mabel is breaking out with her debut EP Bedroom. Read more on Last.fm. User-contributed text is available under the Creative Commons By-SA License; additional terms may apply.

Mabel has been mentioned in our news coverage

Below is a sample playlists for Mabel taken from spotify.

Do you promote/manage Mabel? Login to our free Promotion Centre to update these details.