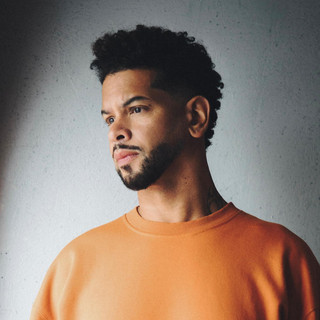 Marc 'MK' Kinchen is an artist-producer who straddles boundaries as few others can. On the one hand, he's revered by lovers of house and garage music worldwide. His classic 90s productions such as Burning, Always, K.E.L.S.E.Y's Boy and 4th Measure Men's For You remain floorfillers to this day, as do his 200-plus unmistakeable remixes for artists ranging from Bizarre Inc to Blondie, not least his mix of Nightcrawlers' Push The Feeling On, which became one the biggest house crossover hits of the decade. He's cited as an influence by countless leading producers – including, significantly, Todd 'Godfather of UK Garage' Edwards. This pre-eminent status is reflected in the fact that he's the latest artist to be featured in Defected's House Masters series.

Yet on the other hand, as a songwriter and producer, he's also worked regularly with the likes of Snoop Dogg, Jay-Z, Rihanna, Will Smith, Ne-Yo and Beyonce. No mean list of achievements for someone who started making music as a teenaged Depeche Mode fan in Detroit in the early 80s.

“I was into Skinny Puppy, Ministry… all that alternative/industrial electronic stuff,” says Marc of his early days. “And then through a girl I knew, I ended up in a band called Separate Minds with Terrence Parker and Lou Robinson. I didn't really know anything about house and techno then, but I knew a lot more about how to use the equipment than they did!”

MK hasn't been mentioned in our news coverage

Here are the latest MK mixes uploaded to Soundcloud.

Do you promote/manage MK? Login to our free Promotion Centre to update these details.