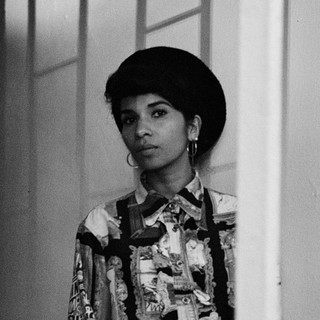 Guava Jamz : In the Kitchen

Guava Jamz : In the Kitchen

With the release of her debut album, Nabihah Iqbal makes two big announcements. Firstly, that sheâ€™s leaving her old Throwing Shade moniker behind. By embracing the name she was born with, she proudly wears it as a female British Asian artist making electronic music. Secondly, that she will be releasing her album on Ninja Tune. Incorporating live instrumentation more than before, â€˜Weighing of the Heartâ€™, takes on a bolder, more inclusive sound than her previous releases. Channeling influences from the likes of CAN and Bauhaus, she melds moody, propulsive basslines with shimmering synth atmospheres. The title alludes to an Ancient Egyptian myth about judgement and the afterlife, the concept of which underlies various ideas that are explored throughout the album. Read more on Last.fm. User-contributed text is available under the Creative Commons By-SA License; additional terms may apply.

Nabihah Iqbal has been mentioned in our news coverage

Below is a sample playlists for Nabihah Iqbal taken from spotify.

Do you promote/manage Nabihah Iqbal? Login to our free Promotion Centre to update these details.