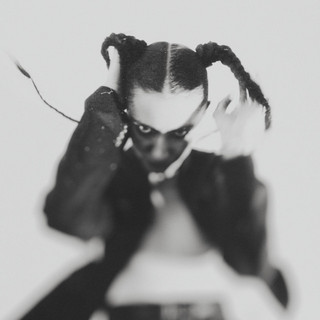 NAKED are Agnes Gryczkowska and Alexander Johnston and their debut album ZONE is a brutal and distorted experimental pop vision out September 30 th worldwide.

Reflecting a disenchanted youth’s masochism of digital-overloading, the young band explore themes of human isolation and the contorted nature of sex and physicality. ZONE is our sensory system heightened – a raw, overwhelming and beautiful experience.

The album is co-produced with Paul Corley – the engineer and composer renowned for his work with Oneohtrix Point Never, Ben Frost and Anohni – and follows ‘Youth Mode’ EP released in 2015. In the last year they debuted at SXSW, produced Mykki Blanco’s ‘Moshin In The Front’, and the film score to ‘A Silent Man’ directed by Charlotte Colbert, starring Sophie Kennedy Clark.

Naked has been mentioned in our news coverage

The Festival Experience with... Razorlight

Below is a sample playlists for Naked taken from spotify.

Do you promote/manage Naked? Login to our free Promotion Centre to update these details.