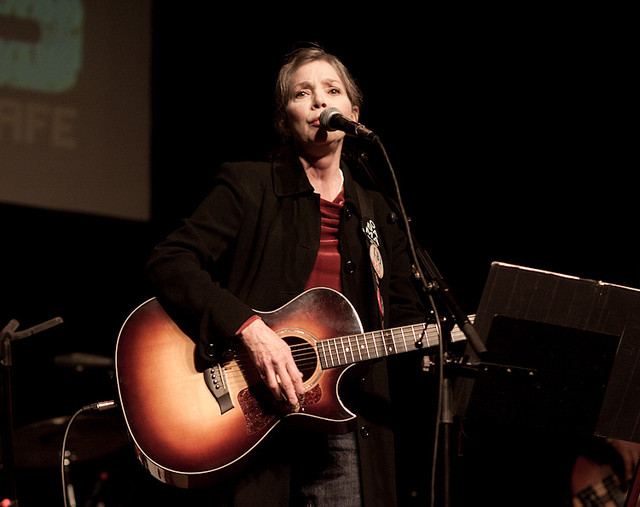 Nanci Caroline Griffith, born July 6, 1953, is an American singer, guitarist and songwriter from Austin, Texas, United States. Her career has spanned a variety of musical genres, predominantly country and folk, and what she terms "folkabilly." She won a 1994 Grammy Award for Best Contemporary Folk Album for Other Voices, Other Rooms, an album of Griffith covering the songs of artists who influenced her.

Nanci Griffith hasn't been mentioned in our news coverage

Below is a sample playlists for Nanci Griffith taken from spotify.

Do you promote/manage Nanci Griffith? Login to our free Promotion Centre to update these details.