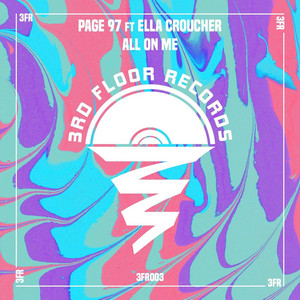 Not From Here Christmas Special

Page 97 is an exciting music producer and DJ rising through the ranks in the UK! This fella has firm roots in tech-house and an intuition for a wide range of styles which has led to him packing out dance floors in popular venues including the infamous Ministry of Sound, Pambos Napa Rocks, 02 Academy Brixton and Engine Rooms Southampton.

He now spends his time in the studio making house music in a range of styles; from tech house floor-fillers to funkier feel-good house music. Page 97 has had tracks signed to labels such as 3rd Floor Records, LSA Records and Crossworld - and has been featured on some popular Beatport compilations, such as Re:Vibe, Reflective, Club Sessions and Play This! His music has also been featured on Founded Live’s Flex FM radio show!

Page 97 can be found live streaming mixes and studio-sessions on Instagram and interacting as much as possible with those who share his love for music.

Page 97 has been mentioned in our news coverage

The fight is on to save 24 Kitchen Street

The Sleeping Giants On Going Viral

Below is a sample playlists for Page 97 taken from spotify.

Do you promote/manage Page 97? Login to our free Promotion Centre to update these details.