Warning: Use of undefined constant USER_ID - assumed 'USER_ID' (this will throw an Error in a future version of PHP) in /home/vhosts/skiddle.com/httpdocs/artists/artistheader.php on line 29
 Pixies tickets and 2020 tour dates
» Events » Events by artist » Pixies 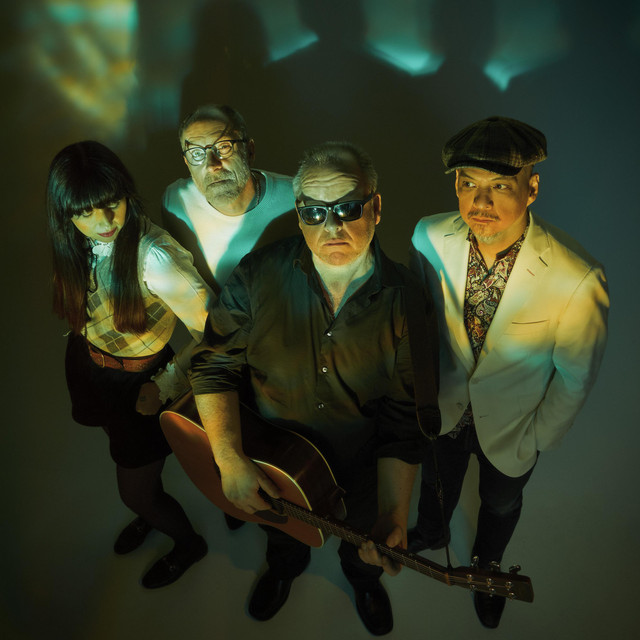 Get more information about Golden Plains 2020 including festival tickets, news, reviews and lineups.

In the late 1980s and early 1990s, a Boston quartet with the innocuous name of Pixies cranked out four albums and an EP that proved infinitely more influential than their sales implied. Featuring surf-punk riffs, frontman Black Francis' otherworldly screams, Kim Deal's sturdy bass lines and quiet verses that exploded into ear-shredding choruses, the band's sound served as a blueprint for Nineties popular rock bands, including Nirvana.

Black Francis, born Charles Michael Kitteridge Thompson IV, spent his childhood moving between L.A. and Boston suburbs, picking up music at used record stores and hearing rock played on the jukebox at his father's bar. He met guitarist Joey Santiago at the University of Massachusetts and the pair started writing songs together. Thompson dropped out of college his junior year and moved to Puerto Rico, where he gave himself an ultimatum: He would either go to New Zealand to see Halley's Comet or form a band.

In 1986 Thompson and Santiago moved to Boston to seriously pursue music. The Filipino Santiago picked the name Pixies out of the dictionary and they took out a newspaper ad for a bassist interested in Hüsker Dü and Peter, Paul and Mary. Ohio native Kim Deal — who worked in a doctor's office and had just arrived in the city — responded and soon recruited drummer David Lovering, a friend of her soon-to-be-ex-husband, John Murphy. On the advice of his father, Thompson adopted his stage name Black Francis.

Pixies has been mentioned in our news coverage

Why you really should be listening to... Penelope Isles

You Me at Six "VI" album review

Below is a sample playlists for Pixies taken from spotify.

Do you promote/manage Pixies? Login to our free Promotion Centre to update these details.