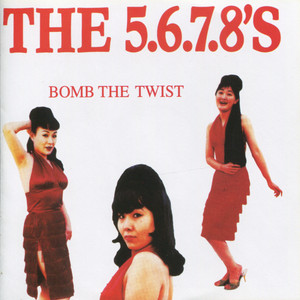 The 5.6.7.8's are a Japanese rock trio, whose music is reminiscent of American surf music, rockabilly and punk rock. They frequently cover songs from American rock and roll. All members are from Tokyo, Japan.

The 5.6.7.8's first started performing as a quartet in Tokyo, and recruited guest performers during their Australian tour, once even utilizing a male member, "Eddie". They first officially became a trio in 1992, before touring Australia.

The 5.6.7.8's made a brief appearance in the 2003 Quentin Tarantino film Kill Bill Volume 1, where they were shown playing barefoot in an izakaya.

Below is a sample playlists for The 5.6.7.8's taken from spotify.

Download our app or subscribe to our push notifications to get the latest alerts for The 5.6.7.8's

Do you promote/manage The 5.6.7.8's? Login to our free Promotion Centre to update these details.