Warning: Use of undefined constant USER_ID - assumed 'USER_ID' (this will throw an Error in a future version of PHP) in /home/vhosts/skiddle.com/httpdocs/artists/artistheader.php on line 29
 The Field tickets and 2020 tour dates
» Events » Events by artist » The Field 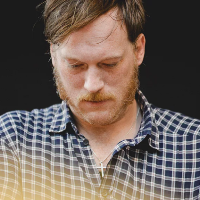 The Field tickets and 2020 tour dates

The Field is Axel Willner, releasing cut up, ambientish techno on Kompakt.

Axel Willner has described his music as The Field as "somewhere between soundscapes and classic songs." The Stockholm musician is also involved in a number of non-dance projects, including guitar drones as Lars Blek, ambient/drone as Cordouan and classic Warp electronica as Speedwax with Ola K.

As the Field, Willner has released two 12"s on Kompakt and an artist album 'From Here We Go Sublime'.

The Field hasn't been mentioned in our news coverage

Here are the latest The Field mixes uploaded to Soundcloud.

Do you promote/manage The Field? Login to our free Promotion Centre to update these details.