Warning: Use of undefined constant USER_ID - assumed 'USER_ID' (this will throw an Error in a future version of PHP) in /home/vhosts/skiddle.com/httpdocs/artists/artistheader.php on line 29
 Tinariwen tickets and 2020 tour dates
» Events » Events by artist » Tinariwen 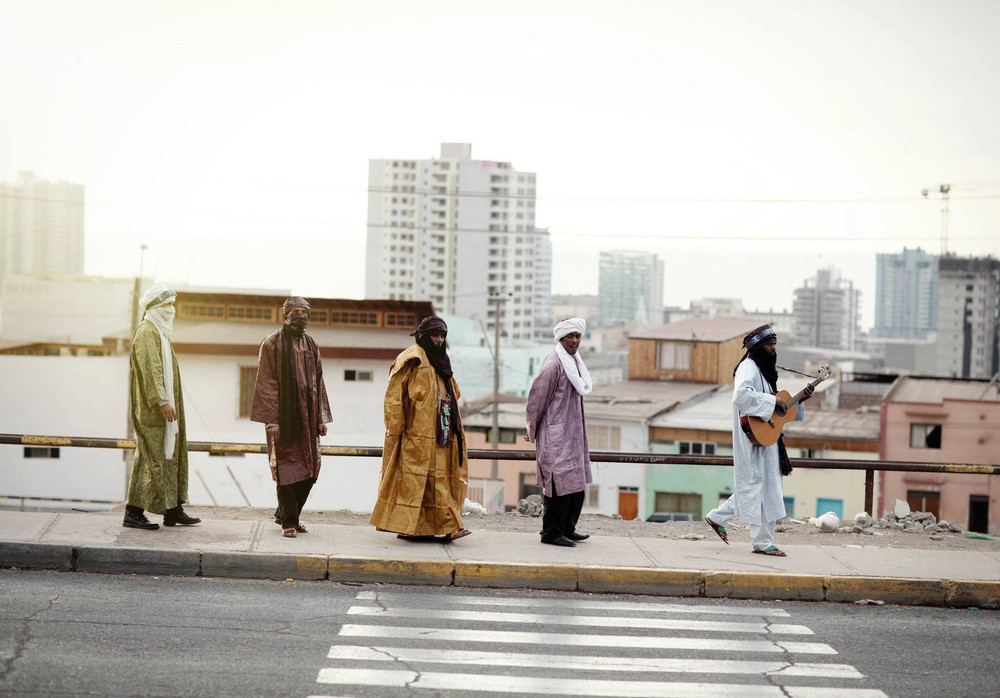 Formed in 1982, in strikingly unusual circumstances for a musical ensemble, Tinariwen blend ancient musical traditions with radical contemporary politics. Despite severe natural and man-made hardships, young Kel Tamashek exiles continued performing the traditional music of their Tuareg forebears in the southern Sahara while simultaneously fighting against the government of Mali. Forced to seek an alternative to starvation and repression in drought-stricken Mali, many of these young nomads hoped to attain a better life by striking up what proved to be an uneasy alliance with Libya.

Tinariwen hasn't been mentioned in our news coverage

Below is a sample playlists for Tinariwen taken from spotify.

Do you promote/manage Tinariwen? Login to our free Promotion Centre to update these details.