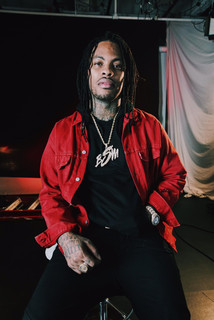 Juaquin Malphurs was born in South Jamaica, Queens, New York, in 1986. His family eventually settled in Riverdale, Georgia, in the Atlanta area. He is the son of Debra Antney, Gucci Mane's former manager and CEO of So Icey/Mizay Entertainment. The name "Waka" was given to him by his cousin, after the Muppets character Fozzie Bear's catch phrase, "Waka Waka". The name "Flocka Flame" was given to him by rapper Gucci Mane. Waka Flocka said that he has known Gucci Mane since he was 19.

Waka Flocka Flame hasn't been mentioned in our news coverage

Do you promote/manage Waka Flocka Flame? Login to our free Promotion Centre to update these details.