Warning: Use of undefined constant USER_ID - assumed 'USER_ID' (this will throw an Error in a future version of PHP) in /home/vhosts/skiddle.com/httpdocs/artists/artistheader.php on line 29
 Zakes Bantwini tickets and 2020 tour dates
» Events » Events by artist » Zakes Bantwini 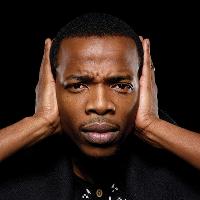 Zakes Bantwini is a platinum selling artist and record producer. The former Executive Head of Sonyâs A&R department has embraced 2017 by focussing on his music career full-time and it is proving to be a banger of a year! Zakes was born and raised in KwaMashu Durban, and is known to his friends as Zakhele Madida. From humble beginnings, this talented artist has graced our shores with multiple albums and has attained several accolades on his various musical achievements.

Mayonie Productions was established by Zakes in his final year of studying towards his diploma. During this time, this venture saw Zakes embarking on seeking out musical talent and helping them on their musical journey. This led to the discovery of Kwaito Sensation, Lâvovo Derrango.

Zakes is known as one of the pioneers of Durban Kwaito Music (DKM), a genre which finds a perfect balance between house beats and kwaito lyrics, providing a cross-over appeal, but staying true to the kwaito feel. The introduction of DKM has paved the way for new up-and-coming musicians to make their mark.

Zakes Bantwini hasn't been mentioned in our news coverage

Do you promote/manage Zakes Bantwini? Login to our free Promotion Centre to update these details.