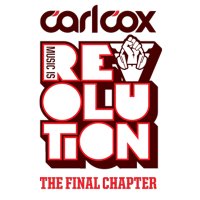 Keep track of Carl Cox Ibiza events, tickets and news - all in one place. Join this group now for updates as they happen!

Carl Cox has confirmed 16 names that will be present at Space Ibiza this summer for his final installment of his Music Is Revolution Tuesday party.

Drumcode leaders Adam Beyer and Ida Engberg are set for a back to back, whilst up-and-coming talent Lauren Lo Sung makes her debut.

Carl Cox announced in October that 2016 would be his final year at Space Ibiza, following the change of hands between the superclub and Ushuaia.

Music Is Revolution will run weekly from Tuesday 14th June - 20th September. Tickets for the opening are available from the box below.

Check out other tickets for Music Is Revolution: The Final Chapter on Skiddle.

Disclaimer: The article above has been contributed by the event promoter or somebody representing the event promoter. As such we take no responsibility for accuracy of the content and any views expressed are not necessarily those of Skiddle or our staff.