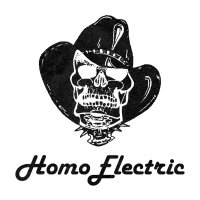 Keep track of HomoElectric events, tickets and news - all in one place. Join this group now for updates as they happen!

next 1 HomoElectric Events view all

Homoelectric is one of Manchester’s most iconic parties. Describing itself as “non-stop off-piste dark discotek for homos, heteros, lesbos and don’t knows”, this is a club night that comes with no rules and no entry requirements. Starting back in 1998 and still continuing on, it has become a beloved treasure within the city.

A night for misfits, situated close to the gay village but not excluding anyone. Homoelectic had a residency at Legends up until 2012. The event then went on a tour of Manchester popping up in places such as Antwerp Mansion and Factory before securing a new permanent residence in 2016 at Hidden.

In 2019, they ran the extravagant and instantly successful festival Homobloc at Depot, Mayfield which featured a stellar lineup of big names from house, disco and some modern queer icons. With 10,000 people all under the same roof, the event was a huge success as a queer block party for all. It cemented Homoelectric’s legendary status in the city and was a landmark event for Manchester’s gay history.