Following their sold out 2018 festival, London's premier one day festival of soulful house returns in 2019 to celebrate its birthday. US DJs Kerri Chandler, Louie Vega, David Morales, Dennis Ferrer, Mood II Swing, Roger Sanchez, Todd Terry, Kevin Saunderson and Todd Edwards have all been confirmed as headliners for the event, which will take place in Trent Country Park on Saturday 3 August.

The 413 acres of rolling countryside, woodland, lakes and history that make up Trent Country Park first became the event's home at last year's successful edition. So, this year they're back for more and with their biggest line up to date. Named 51st Sate in a nod to the affinity British dancers have for American house music, the event nevertheless will also cover techno, afro, UK garage, soul, dub, dancehall and disco.

Here is the next upcoming event At Trent Country Park, London 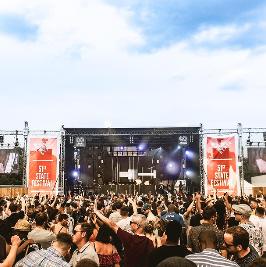