On the EH6 2017 line up is a top class billing that includes Scottish rockers Big Country, who headline on Sunday, while bluesy troubadours Alabama 3 top the bill on the opening night. There will also be performances from John Power of Britpop big dogs Cast, whilst Barry Hynde of indie outfit The Futureheads also performs. The likes of Colonel Mustard and the Dijon Five, Space, Stillia and more are also confirmed for the weekender.

The latest additions to the line up include The View singer Kyle Falconer, along with Blue Rose Code, Gerry Cinnamon, Sham 69, and a string of others.

The festival is also expected to unveil a full food and drink programme, while there will be plenty of entertainment for children - grab EH6 Festival 2017 tickets below.

Black Friday 2021: Up to a quarter off full ticket price

Here is the next upcoming event At The Biscuit Factory, Edinburgh 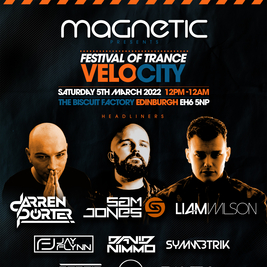 12 HOUR ALL DAY TRANCE FESTIVAL FEATURING SOME OF THE BEST DJ'S IN THE TRANCE SCENE WHO ARE AT THE T...