» News and Features » Five of the best: Defected Croatia

Five of the best: Defected Croatia

We've selected five acts we think will stand out at this year's Defected Croatia.

2016 saw the Defected brand scale back their Ibizan adventures, after two decades of being a fixture on the White Isle, to focus on bringing their panoramic take on house music to Croatia.

This year the festival returns for a third stint in Tisno, and as ever the Defected Croatia line up is on one. Basement Jaxx, Claptone, Nightmares on Wax and many more all-star, with serious depth across house, disco, techno and much more.

So, who do you make time for across the abundance of festival sessions, boat parties and early hour sessions at the infamous Barbarellas? We've cherry-picked five must-see artists doing the do in the Adriatic sunshine for Defected Croatia 2018.

Honey Dijon has been a staple of the house music scene for a minute now, first emerging in the nineties and part of the vaunted bumpty bump movement that saw the likes of Derrick Carter, Mark Farina and Iz & Diz drop jacking grooves at a rapid-fire rate.

The past few years have seen a huge return to form for her, promoting house music's inclusivity through her infectious sets which showcase the depth and warmth of the genre at its very best.

Via Warp Records, the Leeds producer has dropped one of our favourites albums of the year so far in the form of Shape The Future, a woozy collection of ambient beats and basslines glued together with delightful vocal samples and special guest appearances.

Merging into smooth and soulful r'n'b at times, the record is ideal sunshine listening and perfomed on the idyllic shores of Tisno, Nightmares on Wax will be in ideal surroundings to set the precedent for an night of raving with a sublime live set.

One of the early trailblazers of the lo-fi house scene, DJ Boring's 'Winona' was one of the breakthrough records of the scene in 2016, and he's since gone on to establish himself as a DJ of considerable

Take his recent mix for Crack, which powers through filtered house and looped up disco which harks back to the late nineties superclub sound. Which feels a gloriously perfect fit for Defected.

His warm after-hours sounds and disco-fuelled selections would come across even more idyllically if matched with the shores of the Dalmatian Coast and a cocktail in hand.

The Grammy Award-nominated 'Cola' became the anthem of 2017, and effortlessly became one of Defected Records' biggest selling releases of all-time. Not to be characterised purely by that track, the duo from Liverpool have recently put out the infectious 'Panic Room' with vocalist Au/Ra, a follow up which will no doubt soundtrack a major moment at the summer festival.

The love for this pair couldn't be more apparent than at their gigs, with them selling out venues across the UK. They've rightfully earned their ranking positioning as joint headliners at Defected Croatia.

The Festival Experience with... Sonny Fodera

More additions to SW4 line up

Upcoming Events At The Garden, Tisno

Here are the next 4 upcoming events At The Garden, Tisno 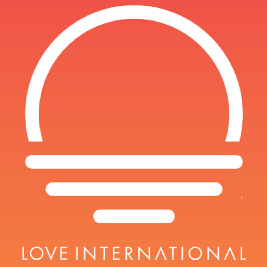