Five of the best at Boom Bap

The celebration of hip hop and grime will take place from Friday 29th to Sunday 31st July at Mildenhall Stadium and we've picked our five unmissable acts.

Boom Bap festival is back for it's fifth year and will take place from Friday 29th to Sunday 31st July at Mildenhall Stadium, in Suffolk. The festival is the only one in the UK that is dedicated to hip hop and features rappers and grime MCs from both theses shores and across the Atlantic.

Aside from just the music, Boom Bap is also a celebration of streetwear and graffiti which gives attendees the opportunity to express themselves freely across the weekend and celebrate the culture to its fullest. We've rounded up our picks from the musical offerings.

Headlining Boom Bap is one of the true all time greats, Pharoahe Monch. The former Organized Konfusion emcee remains one of the most forward thinking rappers of the twenty first century, due to his unmistakable flow and intelligent lyrics which owes as much to freeform jazz as it does the old school greats.

Known by many for his 1999 smash single 'Simon Says', that predated the epic Internal Affairs LP which is still a classic. Since then he's released a slew of albums and singles, and as we witnessed in the flesh, remains an excellent live performer.

Read Pharoahe Monch interview: jazz opens up the door for us.

Before grime, before The Streets and before Roots Manuva, UK hip-hop was as underground as it got. Central to that was the likes of MC Mell'O and London Posse, alongside a man whose hard working attitude was second to none - Blade.

'Lyrical Maniac (Raw Bass)' was his first single back in 1989, but it wasn't until teaming up with the hugely underrated producer Mark B for The Unknown LP in 2000 that he finally got the recognition he deserved. Collaborations with Feeder widen the audience with Radio One airplay the reward for the serious shift he had put in.

And he's still keeping on. With thirty years experience few live performers can match the energy, enthusiasm and sheer exuberance of a true icon of the UK hip hop scene.

The Newham Generals MC has been a part of the grime scene for over a decade after being signed to Dizzee Rascal's Dirtee Stank label back in 2005. Since 2014 D Double E has been releasing music off his own label Bluku which is also the name of a track he released with Dizzee back in 2011.

He featured recently on Skepta's 'Ladies Hit Squad' and has also worked with the likes of JME and Footsie bringing with him ruthless delivery and tight rhymes.

The West coast has been a hotbed of lyrical maestros for years aplenty, the likes of Rass Kass, Del tha Funkee Homosapien and Blackalicious' Gift of the Gab all ridiculous microphone talismans.

Teenage prodigy A-F-R-O (All Flows Reach Out) is looking like being held in that same esteem, with a heavy debt particularly to the multi-syllabic genius of the latter (check 'Code #829' above for direct evidence of that).

He's been the protege of underground veteran RA the Rugged Man on his tours, who'll he will appear alongside at the festival, and is rapidly blowing up - Boom Bap is the perfect location to absorb his talent.

The latest MC to emerge from Novelist's South London stronghold and collective The Square, Elf Kid is hooked in on grime duty for this one. He turned heads with 'Golden Boy' (listen above) last year, a super-charged slice of Amerie sampling grime that throws straight back to the nineties, and an urban remoulding of Jamie XX's 'Gosh'.

Youthful and fearless behind the mic, Elf Kid is Lewisham's newest Golden Boy. Catch him while he's fresh as the lime in your soda.

Grab Boombap Festival tickets from the box below.

Here are the next 4 upcoming events At Mildenhall Stadium, Mildenhall 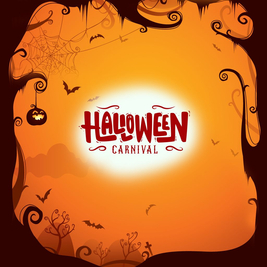 Part of the Halloween Carnival is DRAG-ULAR BINGO! 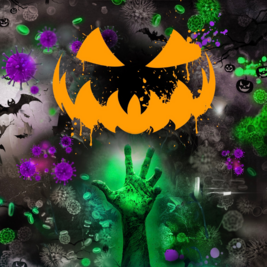 Zombie Fest 5 - Rise of the Ravers!

Zombie Fest 5 - Rise of the Ravers! 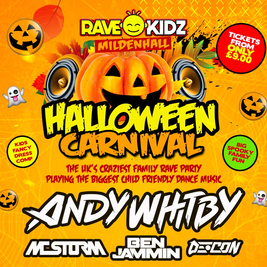 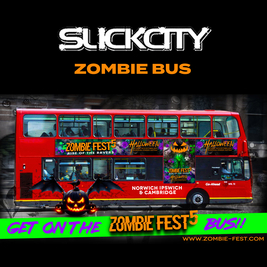