Five of the best at Kendal Calling

The festival runs from 28th - 31st July and from it's line up we've chosen our top five must see acts.

The 11th Kendal Calling will take place from Thursday 28th to Sunday 31st July and will return to the Lowther Deer Park in the Lake District.

This year the entire site will be in keeping with the festival's Carnival of Colour theme. Which means attendees will be treated to vivid performance art and extravagant parades alongside the huge musical riches on offer -our Spotify playlist (above) showcasing a taste of the depth delivered via the Kendal Calling line up.

We've gone through the names heading to the Lakes later in the summer, picking five acts we feel are essential choices.

Now well and truly a solo artist in his own right, Noel Gallagher certainly has enough material and the fan base to put his Oasis days fully behind him. With two albums released with his High Flying Birds collective, Noel has a healthy mix of songs to choose from, although that doesn't mean he won't dip into the vast discography of his former band. He's no stranger to a headline slot and will provide the much loved 'arm round your mate singing your heart out' festival experience.

Having clocked up a decade of fun Carlisle party rockers Uber made the decision to slowly wind up their hedonistic brilliance earlier this year, which has seen dance music heavyweights Green Velvet, Pete Tong, Jackmaster and many more help put England's most northerly city on the dance music map.

They will kick-start their long goodbye with their now annual stage takeover at KC, with residents headed up by Ki Creighton (check a recent mix of his above) bringing a full on smorgasbord of house and techno grooves. With a fervent local support you can guarantee one heck of an atmosphere for their take over of the Lost Stage on the Friday night - perfect for kick-starting the weekend with intensity.

Keep on top of Uber's final parties this year by joining the Uber group.

Praised as one of the pioneering reggae selectors, broadcaster David Rodigan has an unparalleled passion for the genre and a collection of musical gems to match it.

The Ram Jam leader has a massive following, one he's garnered after playing his customised dub plates and classic recordings to the masses at festivals and club nights alike, along with his radio shows which have previously conquered Kiss 100 and 1Xtra. If the sun is shining at Kendal, this will be one of the best sets of the weekend.

The Wirral four piece released début album The Highest Point In Cliff Town last year and are a product of a thriving indie scene in Liverpool. Produced by Bill Ryder Jones, the record was a collection of  lo fi, arty slacker songs with outrageously long names and an enjoyable sense of humour. Their first summer of festivals, Hooton Tennis Club will provide the ideal afternoon remedy for those who have overdone it the night before.

Festival season is made for the sweet sound of reggae and Kiko Bun's sending the sunshine riddims all summer long. Signed to Island Records, the South London artist has been drip feeding super catchy singles and EPs since last year, including the infectious 'Stick Situation (listen above). With each performance fresh as lime soda, Kiko Bun is your man to enhance those festival feels.

Tickets for Kendal Calling are available from the box below.

Here are the next 4 upcoming events At Lowther Deer Park, Cumbria 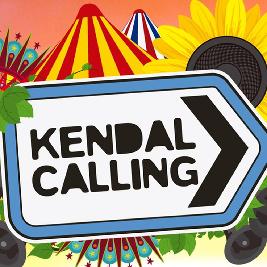