We Call it Techno invites Harvey Mckay back down to play for them, only this time to The Wire Club, Leeds for their Boxing Day Special

The mighty Harvey Mckay returns to We Call it Techno for what looks set to be another incredible night of music for them after tearing apart the Sankeys, Manchester Basement alongside Jay Lumen back in August 2016

With 3 Beatport Number 1's, 9 top 10 releases (3 of these being on the powerful Drumcode imprint) add this together with a hard hitting gig schedule "We were lucky enough to grab him so close to home" Described by Mixmag as "one of the techno pages most regular contributor" Harvey Mckay has created a distinctive style with a name that is synonymous with driving, soulful powerful techno.

In support they have there ever so trusted residents in the form of SubPlot Records Paul Jamez & Oscuro Music boss Juan Pabloo. Collectively these labels are widely and rapidly becoming known within the scene through the support of We Call it Techno whilst pushing new artists to the scene, with a respective back catalougue between them and an arsenal of new music it is understandable why there boys are dropping some of the freshest underground techno around

Also on the line up is Throne Room Records head honcho Oliver Carloni who has upcoming releases on Spektre's label Respect Recordings and the hard hitting production duo KUSP who are making there on waves with support from the likes of Alan Fitzpatrick and more...

Here are the next 2 upcoming events At The Wire Club, Leeds 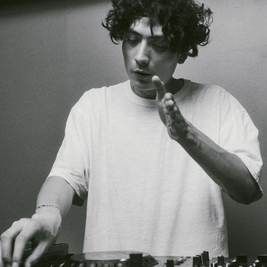 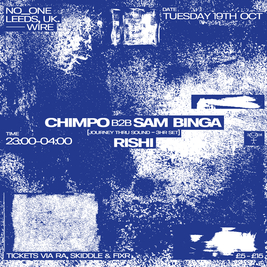 Innovators of sound across the entire spectrum of dance music, Chimpo and Sam Binga take us on a Jou...