Coronavirus update: View cancelled events here
» News and Features » James singer Tim Booth on how pandemic was not all doom and gloom, as told in new album All The Colours Of You

James singer Tim Booth on how pandemic was not all doom and gloom, as told in new album All The Colours Of You

James singer Tim Booth on how pandemic was not all doom and gloom, as told in new album All The Colours Of You.

You can always rely on James to keep you on your toes.

For nearly 40 years, the Manchester band has made a virtue of unpredictability. Every album they have released and even every live show they have played have been impossible to predict, other than it will be something interesting and uplifting which never fails to connect with fans.

Made with producer Jacknife Lee (U2, REM), it?s the first album to come around that really addresses the pain, anxiety and confusion of the last year or so, commenting on everything from the pandemic to climate change and the divided political state of both frontman Tim?s adopted home of America as well as the situation back home in Britain.

It?s often hard-hitting and emotional but, being James, it?s all wrapped up in beautiful, anthemic music that is just waiting to be sung along to by huge crowds.

Tim said: ?We set out to make the best album we?ve ever made. That?s always the James starting point.

?We think the last record Living In Extraordinary Times is really special in our history, so there was a thought of how we were going to top it.

?What we do is we jam, which we did before lockdown and came up with about 100 actual jams, meaning we ended up with around 15 we could work on to build up into songs.

?Then it?s just a matter of seeing what comes up. We call the whole process ?fishing?. The songs were in demo shape but then Covid came, so we couldn?t fly to England to do the album with Charlie Andrew as planned, but then discovered that Jacknife Lee lived in Topanga Canyon in California, which is where I live.

?Not being able to work with Charlie was a blow but Jacknife pulled out his magic beans. We both lived up the mountain at the time but we?ve sold up and gone now because of the wildfires, which is what Beautiful Beaches on the album is about.?

James? music is rarely anything other than uplifting, no matter how deep, dark, personal or even angry the lyrical subject matter. For 61-year-old Tim, it?s not a conscious effort to subtly slip serious ideas into big songs, it?s just how they do things.

He said: ?That is what we do but not on purpose, we just have a natural inclination to uplift, give hope and raise spirits.

?So even when we sing about my father-in-law dying of Covid on the track Recover, it?s got a groove to it which is quite beautiful. Jacknife called that a ?crying and dancing song?.

?We like those contradictions as, even at the worst points in life, there?s often something quite magical happening.

?Even during Covid, we had beautiful things happen to us as well as deep grief. It seems to be the human condition, it?s seldom one thing or another, it?s often coloured with several different tones and textures.? All The Colours Of You may be James? 16th studio album butthere?snodangerof them losing inspiration any time soon. If anything, they have to reign themselves in at times.

Tim said: ?We don?t want to push it to the point that the music becomes jazz obscure, as you want to connect. ?Music is communication, so you have to connect but you still want to stretch yourself every time, which gives you a sense of growth. One of the basic human needs is a sense of evolving and growing, so when you stop having that, you die. ?Rigor mortis sets in. When Jacknife and I danced with these songs, it was really joyful as he helped push us into even more weird and extreme areas but the songs are still very accessible.

?They communicate directly. I love deep, obscure things but I also love Buffy The Vampire Slayer, which is my favourite show of all time. There?s room for both.?

James could easily settle down to just cranking out the hits on every tour but that?s not how they do things and it?s not what the fans want either. Instead, they sell out arena tours every time, playing a setlist that is decided each night, that may or may not include any of their hits whatsoever. For any other band, that would be unthinkable but this is James. They do things differently.

Tim said: ?It feels fantastic to be in that position. We?re selling more tickets for the live shows than we did when we were so-called ?famous? in the 90s.

?We don?t get hyped in the media as much as we?re old and old bands don?t get that kind of attention but we sell out faster than ever, we play bigger venues and we play the songs we want. ?People come, knowing we might not play Sit Down or we might play it, who knows? It?s fantastic, it?s on our terms, but people keep coming back again and again ? they get it. ? They don?t want to see the same show for the 50th time any more than we want to play it.Having said that, I suspect we?ll play it on these upcoming dates as we?re coming out of lockdown.

We?re working on the very uplifting songs as we feel that?s what people need, so that?s having an influence on the setlist.

?It might be even more celebratory than usual. You never know, though, maybe some awful thing will happen and that will affect the setlist again as we?ll have to play songs to reflect that.

?You can?t deny what?s going on in the world. It affects us radically. We were playing Las Vegas a few years ago and had a really happy setlist planned. An hour before we went on, there was a mass shooting. It was devastating. We rewrote the setlist and went on to play a deeply sad, raging gig, as we had to find something to reflect what had happened. Then you can put your all into it and you become present in a way you can?t be if you are just putting

a smile on people?s faces or doing a scripted theatre performance.

?It?s going to be different this time as we haven?t played for two years and we are a bit rusty, so instead of learning the usual 80 songs, we?ll learn around 40. We?ll be

a bit more limited but we?ll still have a measure of flexibility.?

It might be a few years since we?ve seen James up in Scotland but they?re making up for it with two huge shows in Glasgow. First, they?ll perform at the amazing Playground Festival in September, then will return for their own headline gig at the SSE Hydro in November. And Tim is excited about both events.

He said: ?We?ve got the tour in November with Happy Mondays but we have festivals booked as well as gigs lined up for just a few days after Boris is meant to let us out of our cages but we?ll see how that goes.

?Festivals are special as it?s not your show, so people seeing you might not know you so well or even at all. They?re standing there with their arms folded waiting to be impressed, which we really like.

?We like the challenge. It?s always a very passionate and direct response up in Scotland, so it?s always a
date we look forward to.

We?re really lucky after all this time to be coming up for a festival and then our own show a few months later.

?People finally being able to come together again at concerts is going to be a real experience for all of us. I can?t wait.? 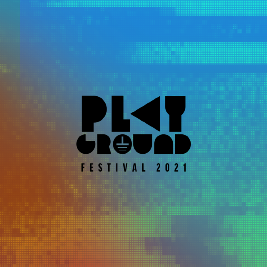 After the successful launch of Playground Festival, it returns for year two for what promises to be ...