Kyle Falconer interview: Hats Off To The View

As the Hats Off To The Buskers tour draws to a close, we caught up with The View's Kyle Falconer

It's a decade since the catchy debauchery of Hats Off To The Buskers hit every indie fan's iPod. Having released five perfectly respectable albums since, fans are still drawn in by the irresistible pull of the debut, with melodies that no fan of guitar music can resist.

Heading straight to No 1 in the charts in 2007, it knocked Amy Winehouse's Back To Black off the top spot, and went on to sell over 300,000 copies, and now The View are just coming to the end of their successful tenth-anniversary tour.

Widely seen as Scotland's answer to The Libertines, they had indie fame and fortune thrust upon them in their teens and it ws a public, sometimes intrusive affair for the boys in the band, who have at times been victims of the UK's tabloid culture and seen their every move openly scrutinised.

Ten years on, and we see a very different side to Kyle Falconer, who has left the loose cannon image in the late 00s. A father and talented multi-instrumentalist set to release his first solo album, we caught up with him ahead of his appearance at Edinburgh's EH6 Festival, to discuss dad life, his favourite Beatle and the beauty of hindsight.

Hi Kyle, set the scene, where are you and what are you upto today?

I'm in my house in Dundee and I've got a baby on my lap, I'm watching a Paul McCartney concert and Norah Jones is currently singing 'Oh Darling'.

Is the baby watching too?

Aye, she's watching as well, [laughs] she's trying to get the bottle out of my hand while I'm trying to change it over.

Congrats on the baby, what did you call her?

Wylde. She is wild as well.

Cute name! How do you think you've adapted to dad life?

Thank you! To be honest, I was more scared before it, it was just the build-up to it, but as soon as she was born, it was amazing, I'm quite good at I think.

It's good though, even having to get up in the night and stuff is fine, it's a bit easier now because she sleeps longer but it's amazing yeah. It's a new person to show The Beatles to as well, we have a new album on every day together, it's great.

You're coming to the end of the 10th anniversary tour for Hats Off To The Buskers, how's it been playing songs you wrote when you were so young now you're doing all grown up stuff?

It did quite well but we're just playing all the old songs that people originally came to see so it's a bit frustrating for us, do you know what I mean? We thought it was time we took some time out to reevaluate what we're doing. I've got a solo album coming out next year so hopefully, we'll do that and everyone will go and do their own thing and come back and smash it again.

We've had like six albums, the latest album we don't even play it anymore so it's a bit strange. Then you get people complaining and saying 'why are you not playing the new album', it's confusing sometimes.

When it first came out, what was it like going from small gigs to knocking Amy Winehouse off the top of the charts? Was it an overnight sort of thing?

Yeah I'm 30 now, I've just turned 30 so I would've been 19 at the time, I think, but as far as recording goes I'd just turned 18, it was an overnight thing from when we got signed to when it got released. We'd hardly played out of Dundee, we were like celebrities in Dundee, people would say 'Oh it's The View' and then everyone just sort of cottoned on, we never really knew it was happening, then they put a tour on and we were like 'what the...'. There was a 58 date tour it was just sort of like 'oh my god'.

In hindsight, is there anything you wish you'd have done differently?

There were a few things I fucked up on. Just like we were 19 years old with all that money and we kept sacking management so we never really had anyone that could kind of give us any advice, we kept getting new managers every... less than a year.

What was it like having all these things that normal people at that age do being so public? Do you think it had any lasting effect on you?

In some ways do you think you got judged more harshly because you were in the public eye even though everyone else our age was doing the same thing?

When we first came out everyone was partying and then all of a sudden everyone got clean and it was this squeaky clean image that was cool and then we were like 'what, so we're just supposed to stop now then?' [laughs]

How do you think the music industry's changed since then?

There seemed to be more bands when we were about, back in the day there was bands galore, every pub had a band playing in it but now there's a lot more electronic music out now. It's definitely more about pop stars and it used to be about rock stars.

So do you think kids in bands are more business-minded now?

Well, that's the thing, you haven't got to do that. When we started we kind of let the managers do the managing, the studio does the recording, but now kids are recording everything on their own laptops and they release it themselves. Obviously, it's good to do that, but I think it makes a difference when you concentrate on the music. But then I suppose that's something you can't get around these days, we were really lucky having a good team so it wasn't something we ever had to worry about.

You've said before that you get star struck bumping into the likes of the Gallaghers, is it something you've got used to? Who was the last person you met that made you feel like that?

Well Paul McCartney is someone who I've been star struck by a little bit because obviously, it's Paul McCartney but I mean, not really anymore. I'm a massive fan of Weller and stuff, so when I first met him it was definitely big, but I spent a month with him... [baby starts crying] it's ok baba, it's ok it's ok...

Erm, yeah, not really, I definitely used to with Liam Gallagher and stuff but through the years, with people like Weller, after working with them in the studio for a month you get used to it.

In terms of your favourite music personally what would you say you listen to?

Favourite band? Gotta be between Oasis or The Beatles. But I'm tempted to go with The Beatles.

Who's your favourite Beatle?

Well it changes but back in the day it was always Paul but it kind of changes, I don't know, I mean I love John Lennon, I love all the Beatles, to be honest, I love Wings which is why I'll always say Paul.

George for me, never Ringo.

I always used to say George but I feel like sometimes people only say it because they know he's cool, and it's not cool to say Paul. I do love George as well, know what I mean, but I feel like you've gotta love Paul because George is the coolest.

What do you think of Liam Gallagher's new tunes?

I absolutely love them. I love them. With Beady Eye, there was a couple that I was into but his new album I think it's unbelievable I really didn't expect him to come out with something like that but I love it.

Have you heard the new Noel stuff?

No, it's on the agenda, to be honest, I'll get it on later today.

You mentioned that you're releasing new solo stuff soon, what's it sounding like so far?

Well, I've always wanted to record with strings as much as possible, with The View it was always more punk stuff, but it felt like when I wanted strings on the stuff it was like 'OK, you can have it on a couple of songs' but not all of them, so it was always like a public vote and it'd never get the vote.

This time though I've got new management and they're saying 'what do you want to do?', so I say I want strings on every song and I've written parts for the strings that are played on the Melotone. I had them all written so I know this orchestra, the Rogue Orchestra, I've got them on board. They were asking if I want them on every song and I thought why not.

I've played everything on it, so normally if you've got to just play the guitar you've got one chance to do it so you make it count, or if you're the drummer, but it was just me on this so I was trying to show off the melodies and the vocals more. I'm trying to describe it, it's got kind of a Fleetwood Mac sound about it, I always say that a lot of my records sound like Fleetwood Mac with The View because when I originally write them they do, but then once we all get involved it kind of takes The View's sound on.

I've tried to stay away from that. It's different, it is different, there's a lot of harmonies and stuff and it's something I've been wanting to do for ages and songs that I've written on the spot, so there's a mix of everything on there. That'll be out next year, but I'll be putting a single out soon and there'll be some dates as well.

I noticed your beer launch after the Edinburgh date on 4th October, what's that?

It's a thing that some bands do for charity, it's funny it's actually called Hats Off To The Buskers beer, we helped the brewery make it, we chose what the beer tastes like and then we sell it and a percentage goes to charity so it's good for everyone.

You're playing EH6 next month, do you think you'll take the family and who are you looking forward to seeing?

Well my wife, she really wants to come as well, she came to Carnival 56 so that was good, I don't know what kind of vibe the festival's going to be but I would really like it. We're staying there in a big house in Edinburgh but I think we're gonna come in and enjoy it during the day because I really want to see Miracle Glass Company, they're one of my favourite bands, they're playing the night before me so I'm definitely going to go and see them.

Kyle Falconer plays EH6 at The Biscuit Factory on Saturday 21st October, grab tickets from the box below.

Here are the next 4 upcoming events At The Biscuit Factory, Edinburgh 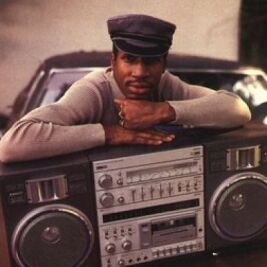 As part of EH6 club - the legendary Grandmaster Flash will bring his New York Block Party to the bis... 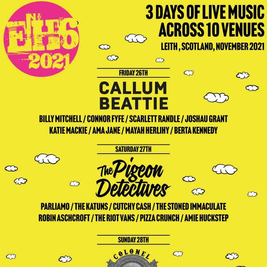 Over 50 acts on over 10 venues, over 3 days with craft food and drinks stalls.

Over 50 acts on over 10 venues, over 3 days with craft food and drinks stalls. 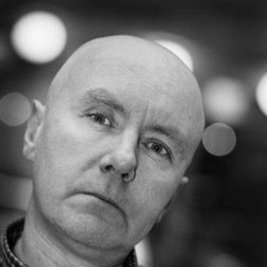