Returning to the scene after an eight year hiatus, the English indie trio unleashed the critically-acclaimed Inflorescent - an eleven track offering of straight-up disco-pop - in August 2019, with a following EP of remixes from the likes of PBR Streetgang, Cosmo's Midnight and Bristol-based electronic duo Icarus.

Speaking about the festival coup, Sound City MD Rebecca Ayres said: "Friendly Fires are a band that insist you to throw off your inhibitions, they’re heartfelt and romantic, and a perfect party starter… we're so excited to be bringing them back to Liverpool for the first time in over a decade to lead our riotous global street party."

Friendly Fires will be joined by hundreds of other bands and acts criss-crossing sixteen venues around Liverpool's Baltic Triangle over the May bank holiday weekend (1-3 May).

Billed as 'a sprawling block party where pop-up bars, clubs, warehouses, workshops and scrap-yards make way for the hottest new music talent from around the globe', the festival also features an accompanying music conference, Sound City+, with panels, workshops and InConversations from a wide range of industry professionals.

Pre-sale tickets for Liverpool Sound City 2020 are now on sale via Skiddle - see below.

Here are the next 4 upcoming events At Baltic Triangle, Liverpool 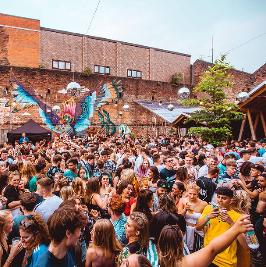 After the success of previous editions, 24 Kitchen Street and Abandon Silence are proud to present t...

After the success of previous editions, 24 Kitchen Street and Abandon Silence are proud to present t... 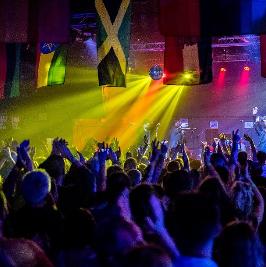 This event has been Postponed until 10th Sep 2021

This event has been Postponed until 10th Sep 2021