Lost & Found 2018 announce first names on monster line up. Find out how to get tickets.

Ticket details and the first wave of artists have been released for the 2018 instalment of Annie Mac's festival Lost and Found, which is set to return to the stunning Mediterranean island of Malta.

Four Tet, Bicep, J Hus, Denis Sulta and Jamie XX are just some of the names confirmed for the already ridiculous Lost and Found line up, which was released today via a video on the festival's Twitter, starring Annie herself and two very intimidating old ladies, watch it below.

Taking place between Thursday 3rd and Sunday 6th May 2018, the much-loved event is famed for its consistently eclectic line up which year after year covers a broad spectrum of electronic music.

Lost and Found tickets are available now from the box below, with pre-sale already sold out.

Werkha interview: 'Every single show I try something different'

Here are the next 4 upcoming events At St Paul's Bay, Malta 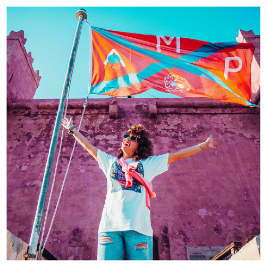