Our weekly roundup of the latest events on Skiddle, with tickets now on sale

It's Friday again which can only mean one thing... it's New On Skiddle time! And what's more, it's been yet another busy week here at Skiddle HQ which also means we've got plenty to shout about...

From tickets to long-running festivals, the likes of Stockport's marvellous Moovin Festival, and brand new happenings, such as the Garage Weekender, to new and recently announced Warehouse Project shows, special one-off club experiences with standout DJ names, Freshers Week parties, Halloween events... there's a great deal to get excited about. Trust us.

Take a scroll through the events which made it into this week's list below, and see what piques your interest. Click or tap the links provided for tickets and more.

Where: Whitebottom Farm in Stockport

The Moovin Festival team, straight off the back of this year's sold-out instalment, have announced they will return to Whitebottom farm in Stockport's Etherow Country Park next August.

Last months festival saw an array of iconic names, such as Graeme Park, Norman Jay and General Levy, performing to thousands of music fans under the last of the summer sun. We're already way too excited to see who gets added to 2022's lineup!

If you're like us, why not think about securing yourself an early bird ticket to next year's event now.

Where: LAB11 in Birmingham

TRMNL have initiated their run of autumn/winter 2021 shows and continue to add dates featuring big names as they go. One of the latest involves house DJ and producer extraordinaire - Enzo Siragusa.

The London-based dance floor devotee, who launched one of the capital's most popular club nights, FUSE, will set the mood throughout the night with a hefty setlist stocked with the finest cuts in house, tech house and minimal techno.

Appearing on LAB11's terrace for the first time this October, don't miss your chance to catch this technical deck wizard at work. 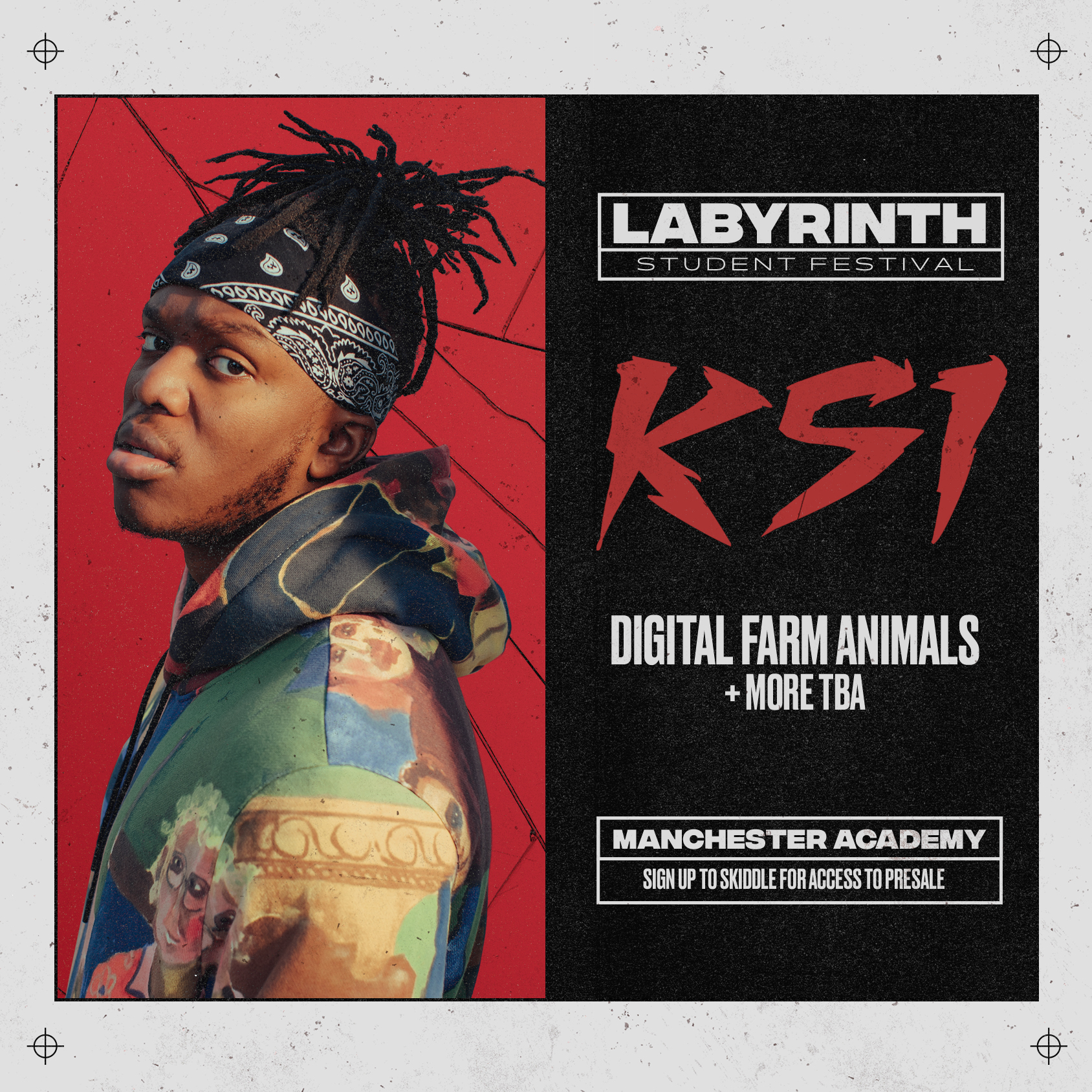 The event, which makes up part of the Labyrinth Student Festival in the city, will welcome the beloved TV star and musician to the stage to perform a selection of his best-known tracks, including those from his brand new full-length record - All Over The Place.

Support on the evening comes from Digital Farm Animals, the pig-helmet donning songwriter and producer who's collaborated with everyone from Dua Lipa and Rita Ora to Tiesto, Craig David and KSI, with further names yet to be announced. 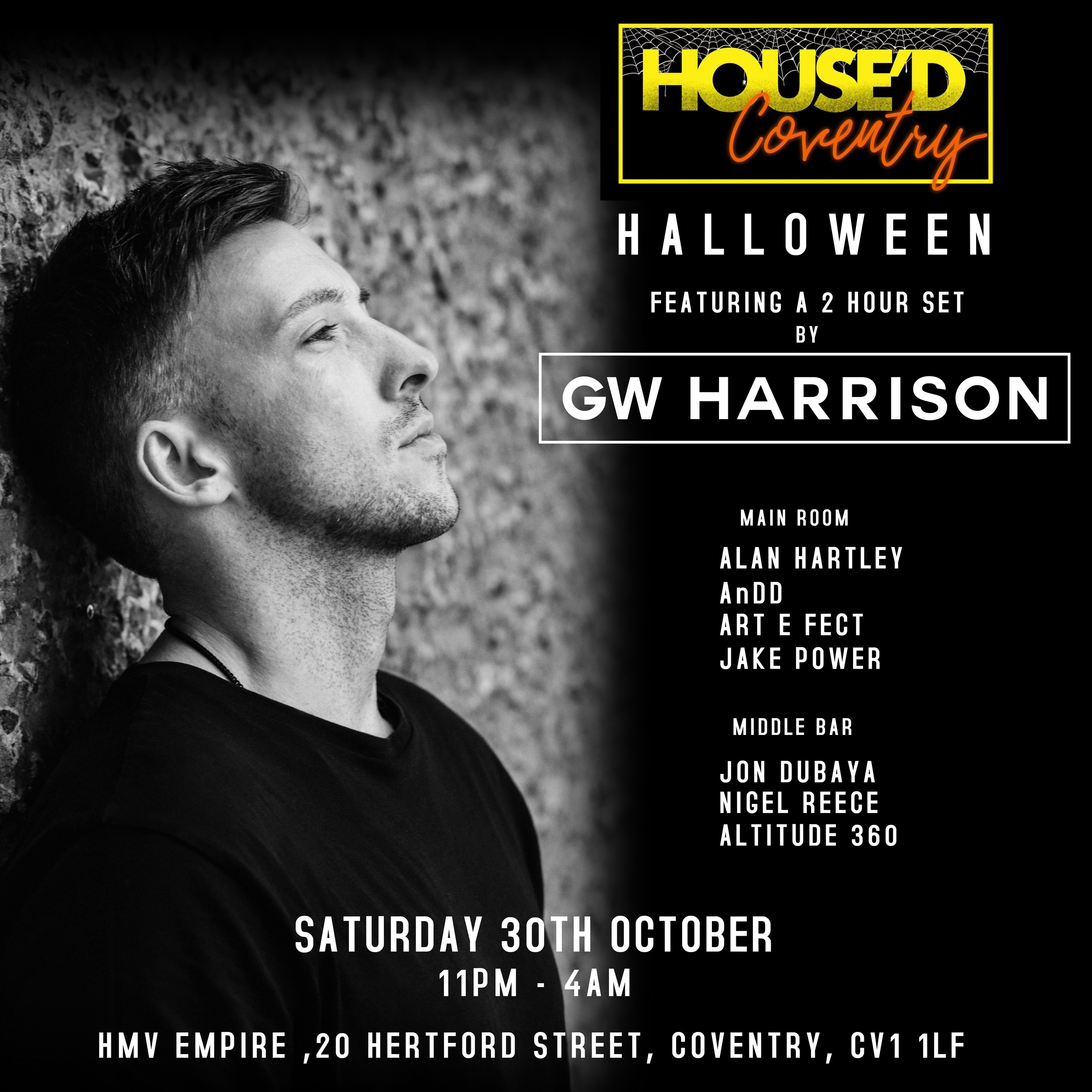 Where: HMV EMPIRE COVENTRY in Coventry

Tech house connoisseur, GW Harrison heads to the Midlands this Halloween, to launch House'd Coventry at one of the city's most spectacular music venues - HMV Empire.

Presented by Greene Palm Events, House'd Halloween will offer revellers an evening chock full of next-level sets from a long list of known names, in addition to bloodcurdling visuals and more.

Harrison, who is set to provide a spellbinding two-hour headline set on the night, has amassed substantial credibility from peers and fans alike over recent years. With releases on Kaluki, Solotoko and the increasingly popular ABODE Records imprint, he's a DJ very much at the top of his game.

Get dressed up and celebrate All Hallows Eve this October at House'd Coventry. 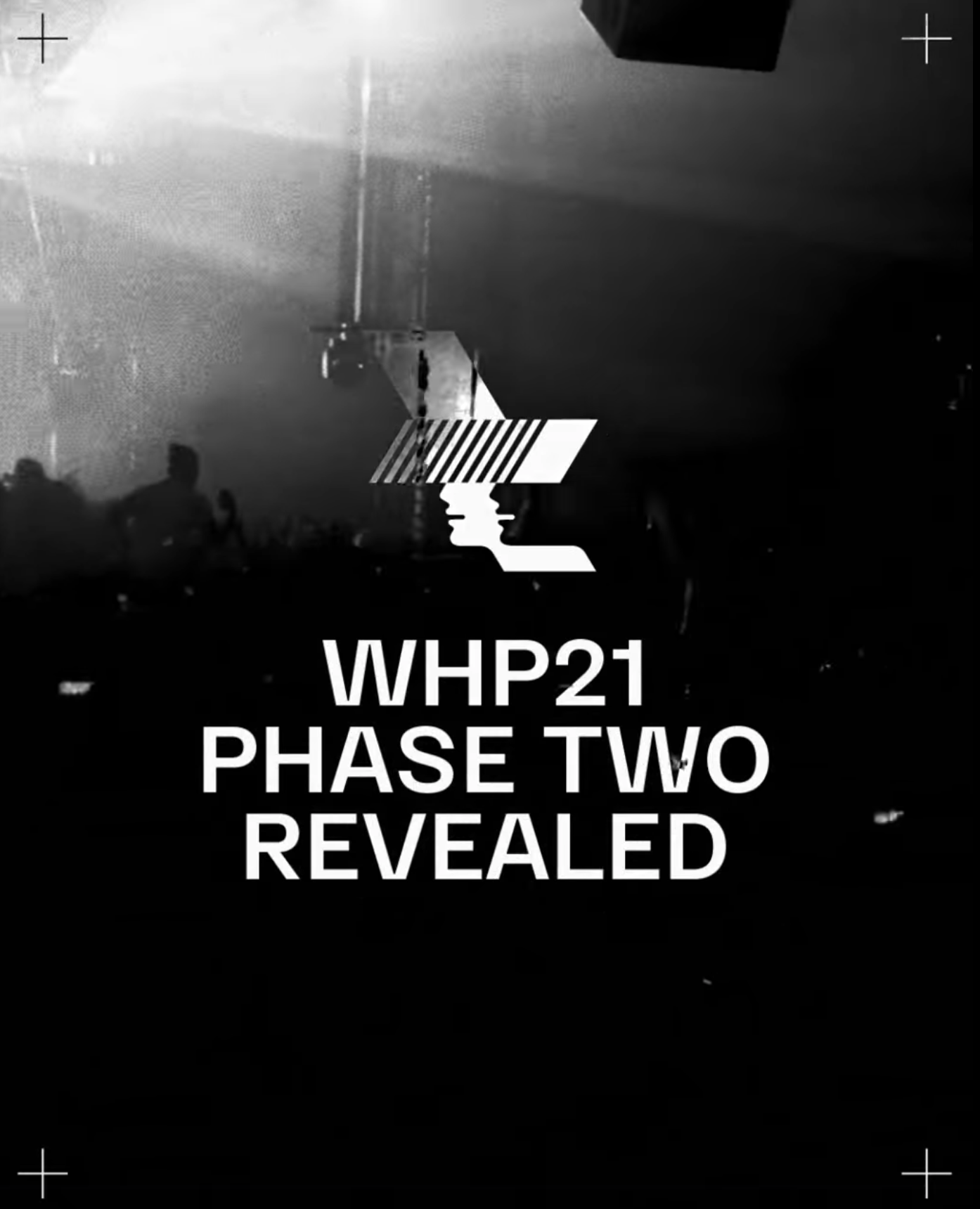 The Warehouse Project has recently revealed 'Phase Two' of its season of 2021 shows, taking place at the cavernous Depot warehouse venue in Manchester this year.

Standout events amongst those announced include performances from names, collectives and artists the likes of Bicep, Elrow, Solomun, and iconic dance duo - The Chemical Brothers.

The WHP 21 season is now underway and has already seen performances from Megan Thee Stallion, Tion Wayne, Princess Nokia and Shygirl. Tickets have all but sold out for 'Phase One' events and the same is expected for 'Phase Two'. Get your tickets now - Don't delay.

Where: Pontins Camber Sands in Camber

A brand new garage festival is coming to East Sussex this December...

Set to run over four days - from Friday 3rd December to Monday 6th December - the debut festival event will feature two days of music from a host of iconic names old and new. Confirmed and on the bill, the Artful Dodger, Lisa Maffia and MC Romeo, DJ Luck and MC Neat, Heartless Crew, DJ Pied Piper and many, many more will stir up the crowds and deliver all the nostalgic vibes.

A festival with a difference, the event will provide no camping facilities but instead offer chalets to ticket holders at a low price. Click on the link below for tickets and more details. 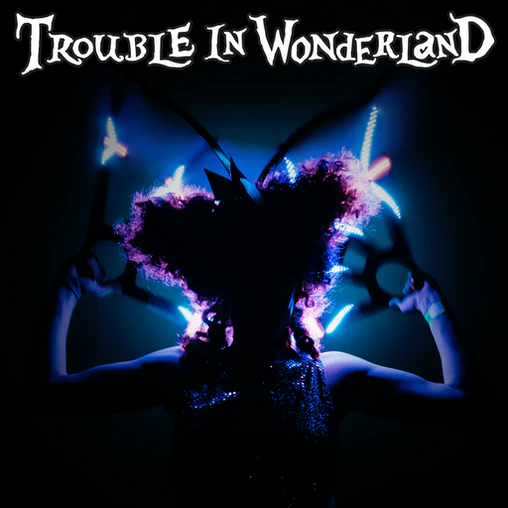 Where: Beaver Works in Leeds

Leeds venue, the Beaver Works is preparing for a wild and whacky 'down the rabbit hole' adventure at the end of the month, bringing back Trouble In Wonderland for their biggest opening party to date.

Comprised of walkabout performers, live bands, DJs, MCs, fairground rides and attractions, huge sound systems and multiple underground areas of twisted wonderland fun, it's an event - especially if you're a Fresher new to the city - you won't want to miss!

Join an amazing group of people and celebrate the start of the new season at one of Yorkshire's favourite warehouse venues. 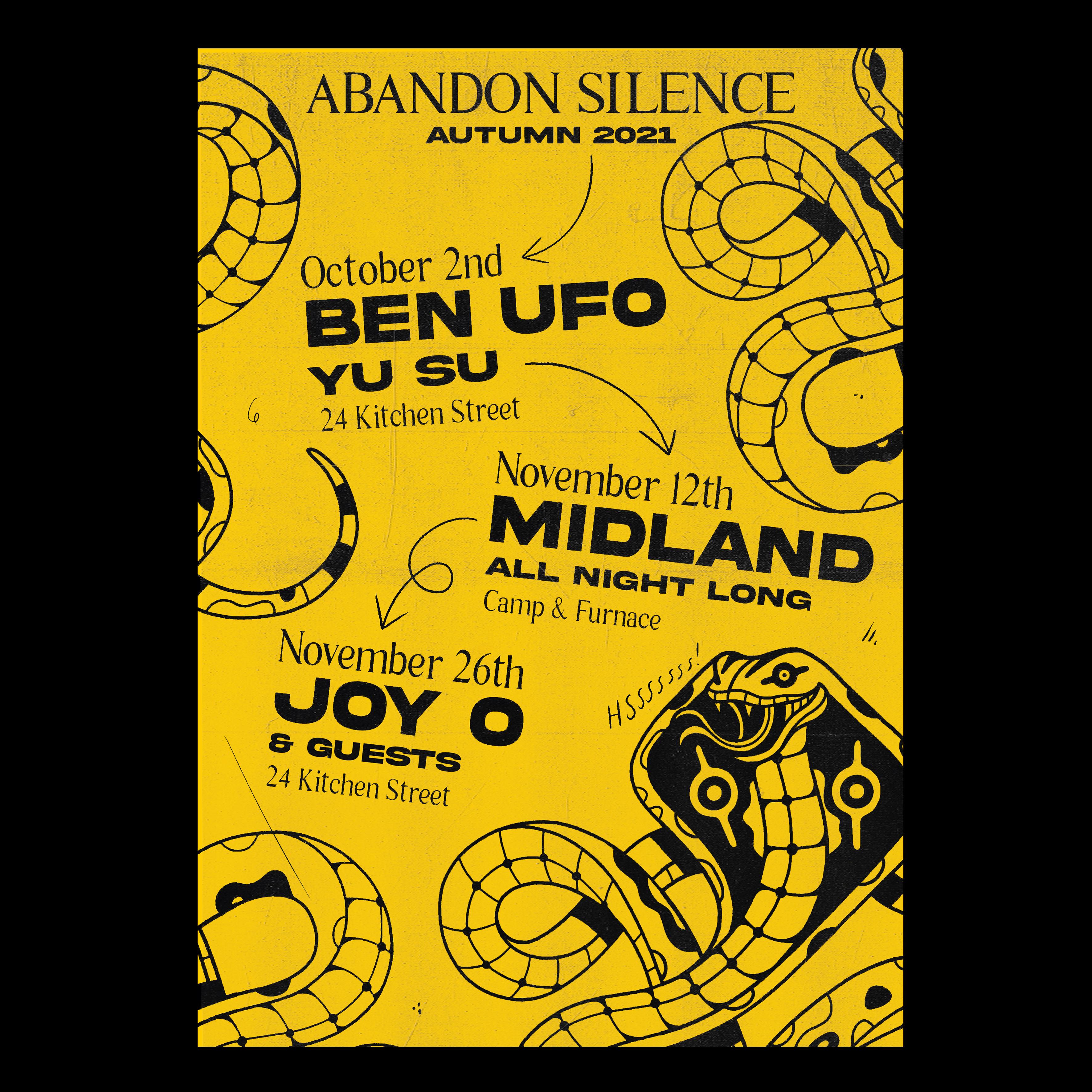 Where: 24 Kitchen Street in Liverpool

The esteemed producer, who's recently returned the fore with his first long-playing release in three years, mixtape Still Slipping Vol. 1, will be joined by a garage talent recently coined 'one to watch' by DJ Mag - Yung Singh.

Catch the pair spinning a first-rate selection of heaters, covering everything from house to UK garage, Jungle, 2-step, UK funky and more this November.

Sheffield Battle of the Unis 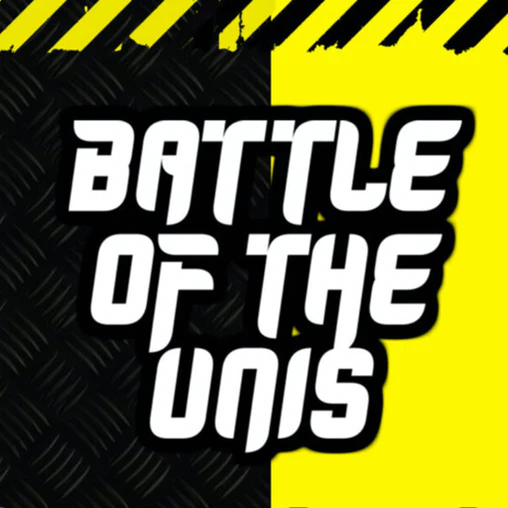 Where: The Leadmill in Sheffield

It's about to do down in Sheffield as the city's universities go head to head at this special Freshers Week event.

The official university clash, Battle of the Unis is back following a record-breaking sell-out year in 2019. Represent your campus, enter competitions and support your fellow university students at this light-hearted yet highly competitive Freshers event.

A night of unrestrained fun awaits, with massive prizes and bragging rights for those attending the victorious university! Tickets will sell out so make sure to grab your tickets early.

Find tickets for Sheffield Battle of the Unis - here

Not quite found what you're looking for? In desperate need of some event inspiration? Why not let our Inspire Me page do exactly what its title suggests. OR check out our What's On Guide, stocked without thousands of first-rate events happening UK wide.

How to survive Freshers Week

The Best Student Clubs and Bars in Manchester