Warning: Use of undefined constant USER_ID - assumed 'USER_ID' (this will throw an Error in a future version of PHP) in /home/vhosts/skiddle.com/httpdocs/news/news_item.php on line 978

SadBoys of Soundcloud – an introduction to the world of emo rap

How a shamelessly glum Scandinavian teenage rapper with a thirst for Arizona Iced Tea came to influence the likes of Kanye and Drake.

It has proven countless times before, that the internet can provide a platform to some truly wonderful things from all over the world. Where music is concerned, domineering platforms like Youtube and Spotify are responsible for bringing the sounds of the solar system to the comfort of your bedroom. The rap industry, in its ever-expanding popularity, is arguably the most dependant on these platforms.

Before being scouted by a record label, these individuals and collectives have benefitted immeasurably from sharing their cut-throat  stories with the world. Though the last decade has seen our perceptions of rap change forever. With the ascendence of the ‘snowflake’ generation, the genesis of a quite starkly contrasting name – emo rap -  has taken the world by storm.

Also known as Sadboy rap, the movement has found it’s way from a Swedish collective, headed by a kind of Scandinavian looking-Eminem, Yung Lean, and stormed its way into the works of Drake, Kanye West and The Weeknd. But, how, you may ask? Well, in order to solve the riddle, we must plunge into the heart of the matter. To see, why now, of all times, men discussing their feelings through tearful eyes is more popular than ever.

If the Urban Dictionary definition of a Sadboy is anything to go by: ‘Typically a young male who wears black clothes with sad faces or Japanese lettering, who enjoy drinking Arizona Iced Tea’, we are already dealing with a sub-culture species never seen before. Unless, perhaps, on a passing hipster.

The essence of sadboys can be found most notably in Kanye West’s 808’s and Heartbreak and even debatably in most indie music of the 80s and 90s (we’re looking at you Smiths fans). Whilst the impressions of sadboy DNA were already circulating before Yung Lean – an artist who takes pride in sorrow - it wasn’t until 2012, in a local park in Stockholm, that those impressions were finally given a name.

Formerly known as Hasch Boys, in 2012 Yung Lean, alongside Yung Gud and Yung Sherman split from the others members to form the group Sadboys. They began by releasing some demos and rough tracks onto Soundcloud and Youtube, then out of nowhere, one of their tracks, Ginseng Strip 2002, exploded on Youtube, exceeding a whopping two million views.

The track, accompanied by a video which gives the impression of a college kid trying to emulate a psychedelic trip, opens with the lines ‘Arizona ice tea boys, Yung Leandoer shawty, emotional boys 2001.’ The Sadboy collective seemed to fit those predetermined definitions like a glove (unlike their sagging trousers) and paved the way to an entirely new genre. Whilst critics were certain that this was merely a fad, the views for the video sky-rocketed to a whopping 24 million views, where it still sits today.

Two years later, the group embarked on their White Marble Tour, playing 24 shows (most sold out) across Europe and a further tour in North America. Their debut album Unknown Memory -  a catalogue of 'teenage angst, material fascinations and existential crisis' – was striking a cord with fans all across the world. Lean landed a collaboration with ASAP Ferg and a feature on Frank Ocean’s album Blonde. 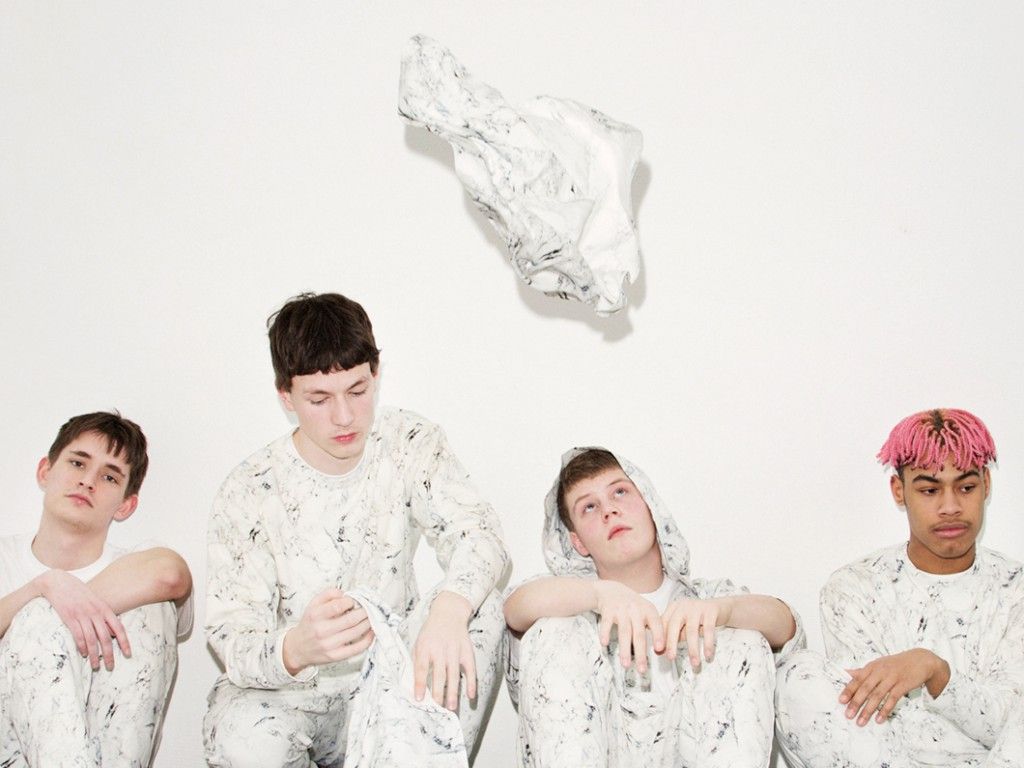 There were several publications, including The New York Times, which were fascinated by how his 'awkward delivery' created such a ripple in the hip-hop scene. Whilst reviews respected what Lean had to offer, they also hinted that this new era of emo rap was finite, soon to be cast back into the unrelenting void of the internet.

But, they were wrong. Behind the scenes, the apostles of Lean were pioneering a sadboy rap revolution. The mid 2010s saw the likes of Lil Uzi Vert,  the late Lil Peep, JPEGMAFIA and Lil Tracy, amongst others, storm into the limelight, gaining hundreds of millions of Youtube views, sell out shows and festival headline slots between them.

As his apostles became stars in their own right, the prince of sadness released his own clothing line, Sad Boy Entertainment, sporting the trademark Japanese writing and other random scribbles on a black or white background. Sad Boy Entertainment continues to sell thousands of units, and transported Lean from cult internet curiosity into a real life, successful brand. He has since released another three albums, all gaining critical and chart success.

Nowadays, the sensitive side of masculinity is more visible, the sellout shows and sketchy ticket prices of acts like Drake and Kanye are testament to that. See, Lean is an emblem of a generation of men that feel no shame in expressing their feelings, and rightfully so. He proved that you can still want to chase fast cars and women, but hey, it’s okay to cry... and to drink Arizona Iced Tea.