Sam & The Womp are coming to Manchester!

Beats, Brass and Womping! ... Festival Favourites Sam & The Womp spoke to Chris Nanook ahead of their performance at Prohibition, Manchester.

CN - Cheers for taking the time to chat to us!

CN - Tell the readers, how did you and Bloom de Wilde meet?

Sam - Bloom came to my birthday party after seeing my gig 11 years ago and we got jamming that night, she ate too much cake and fell asleep on my kitchen floor!

CN - Haha. Skills.
Where to after that?...did you immediately form the band?

Sam - Before we formed the band I invited Bloom to perform with me in Russia that year ? that was our first proper gig - we were rolling on the floor and it was fun! Sam and the Womp was formed when my Gypsy Dub band joined with Bloom and dj/producer Aaron Horn in September 2009. The music style heavily influenced by Balkan and Ska fused with Bass Music.

CN - Decent!...hang on though...Throughout your videos, other faces crop up besides you and Bloom. Mates? Transient band members? ... what's the band dynamic?

Sam - Me and Bloom are the core of the band following Aaron?s departure in 2013. I produced the music initially with Aaron and bass player Raz Olsher. But now produce with various friends including my cousin Dan Griffiths who appears in 2 of the last 4 videos. We have had various amazing musicians play with us over the last 10 years. Different horn players come and go and then reappear! Our rhythm section has remained solid for the last 7 years with the fantastic Juba drumming on live shows. When we play PA shows ? it works well as a trio with me and Bloom up front plus a DJ running the track and fx - either Daniel or James our engineer, who I am now producing the music with also.

CN - Nice. I like the fact its fluid when needed, with a couple of core members!

Through your most popular tracks, you have quite eclectic influence. As your website says... Balkan through to Drum and Bass!

...Which style of set do you personally prefer, and why?

Sam - Even though the drum beats are different between tracks eg. House, Drum n Bass, Bashment or Ragga there is always a distinctive Womp sound throughout of Fat Brass and Bass. I love Dubby Bass and catchy brass riffs. I naturally write Balkan, Ska, Funk, and most recently African inspired horn lines.

CN - Interesting! I'm a big fan of traditional African music, and love seeing how it varies from country to country, influence to influence...so cant wait to hear more of that!

You're probably most famously known for your track ?BomBom?... but that's by no means your only dancefloor banger.

Your taste and style is pretty eclectic... who would you say your main influences are?

Bloom - My influences are manifold, and come from all sorts of things. The raspy voice of Tom Waits, the meowing of cats, some hardcore gamelan music and the shhh shhhh of the sea. Radiohead is my favourite band and Miles Davis makes me dance.

CN - love a bit of Miles Davis. ''Kind Of Blue' was a big influence in my earlier productions, too.

While we're got a chance, Bloom, I've really been enjoying listening to your solo project stuff too. Good work!

Was the solo project for you, a chance to explore some of those influences you just listed....without having to fit in the Sam And The Womp, "style"?

Bloom - Thank you so much! A while back I was doing some sketches for The Womp but kept drifting off into these dreamy melodic meditations. I recorded some of them and started to work on them, until I suddenly realised I had a whole constellation of songs, and one might call that ? an album?. So I decided to record them, which is now nearly done.
I just released the first single, Soul Siren, which is only the beginning! So I am taking time off from Sam And The Womp, to focus on my project.

CN - Fair play. If something like that crops up creatively, it would be daft to not follow the path and see where it goes!
With Sam and The Womp...What would you say the funniest on-tour or at-a-gig moment you've ever had, is?

Sam - There have been many moments where I've been crying with laughter and tiredness. A lot I cannot speak of here! Juggling bananas and throwing leeks out the window was very funny at the time, seeing how many people can fit on the buggy. Tony sax player.. generally jumping out of the bass amp flight case was classic?

Bloom - I once sat down in a cake on stage.

Now, I know what it's like, so don't expect you to say your exact fave event EVER... but what would be a "stand out" gig for you in recent years? (could be because it was amazingly awesome...or because it was dire... or anything in between!)

Bloom - Playing Glastonbury Hell stage when I was heavily pregnant. There was fire on stage and the baby loved it so much she was raving in my tummy. I was probably the only sober person there but it was ecstatic.

CN - Sounds like an awesome memory to have made!
Moving away from parties briefly - What are your 'top three things to do/hobbies', that aren't music related.

1 - Having jokes with my children

3 - enjoying nature; the sea, the woods.

CN - Bloom, you're vegan? ...ah!! Me too. Funny you mention that. One of my fave hobbies is EATING vegan cakes! Haha

What are your 'Top Three' items that you can never leave home for a gig, without!

Sam - Other than my Trumpet..

1 - biodegradable glitter (I get mine from glitterlution!)

2 - something weird and colourful to put on my head

CN - Excellent choices all round! - Before we say goodbye... what does the next year look like for the both of you? Any interesting projects/releases or gigs on the horizon, that we need to know about?

Sam - New tunes and collabs in the mix with Dubby African vibes.. watch this space

Bloom - I am finishing my solo album, releasing songs and making lots of videos ? so stay tuned!

CN - Certainly will... Thanks so much for taking the time to talk to me! I can?t wait to see you perform live at Prohibition!

SATW - See you then!

CN - Readers.. be sure to check the links below, support the artists and see you at the next Prohibition for some epic Womping!!! 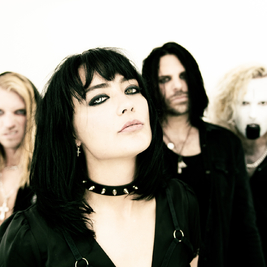 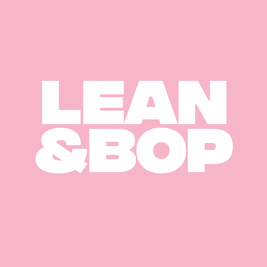 Come join us as we present a night of the freshest RnB and the smoothest Hip Hop. 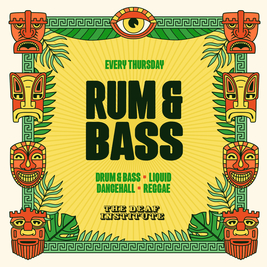 DnB/Jungle/Liquid/Reggae. Every Thursday at The Deaf Institute. 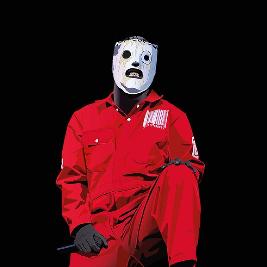 Calling all Maggots, join us for a night of Nu Metal anthems!