We return to the Joshua Brooks basement for our third party of the year with rising talents OC & Verde, Transcode & Luca De-Santo.

Next up for us is a return to the Joshua Brooks basement, this time joined by local Manchester duo OC & Verde. These guys have releases on labels such as Truesoul, Filth On Acid, Bedrock, Octopus, Suara, Knee Deep In Sound and we're expecting big things from them in the future.

Joining them on the line up will be Transcode, a rapidly rising techno producer from Manchester with tracks released on revered labels such as Stil Vor Talent and Reinier Zonneveld's new label Filth on Acid. Transcode has been gaining international recognition this year with a busy worldwide touring schedule planned.

We'll also be welcoming Luca De-Santo to the city for his Manchester debut. The Scottish DJ/Producer has been earning rave reviews and respect from an array of electronic artists, and has released two EP's on Carl Cox's Intec Digital imprint.

As usual they will be accompanied by our Tekniq resident, Josh Wakefield.

Here are the next 4 upcoming events At Joshua Brooks, Manchester 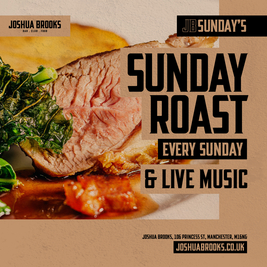 Sunday Roasts at Joshua Brooks every Sunday from 12PM! 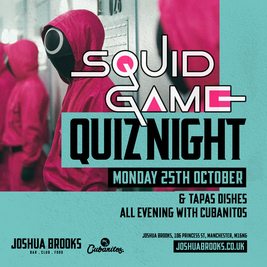 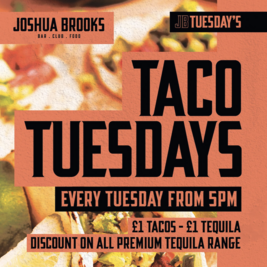 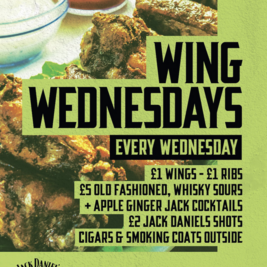