The Best Drum and Bass Festivals

It's time to look forward to the summer! We've compiled a list of some of the most exciting Drum and Bass festivals going ahead this year.

It's fair to say that most of us are itching impatiently about restrictions being lifted. Wanting to get back out there as soon as possible and get to the festivals that we truly thrive at where we can have unforgettable moments with our friends. Festivals are often eventful and almost always great experiences.

Here, we have a handy guide to some of the best Drum and Bass festivals that are still going ahead this year, with a phenomenal mix of acts and entertainment on offer. Dust off your old going out clothes because it's time to go and rave!

For their 2021 edition, Inside Out Festival are going all out. Promising much by labelling their latest concept Utopia, a fully immersive experience. They are building up an entire new world with new areas being added that you won’t be able to find anywhere else.

They’ve certainly got a lineup that’s set to impress with artists and DJ’s ready to bring you some of the best in Drum and Bass, Techo, House and more! It sounds as though Inside Out are ready to take the party to whole new proportions, expect a dance festival experience like no other this year as they plan to be bigger than ever before.

It’s the fifth anniversary of Boundary Brighton and it would only be right to spring some surprises as a result right? Well, that’s what they’re teasing for their 2021 edition. Bookmarking the end of this year’s festival season, it’s going to be the biggest end of summer rave and this year they want to push their own boundaries.

The lineup is yet to be revealed but rest assured you can expect some really exciting names to take part given that Camelphat, Chase and Status and Sonny Fodera have all made appearances before. This is looking like their most immersive year so far. 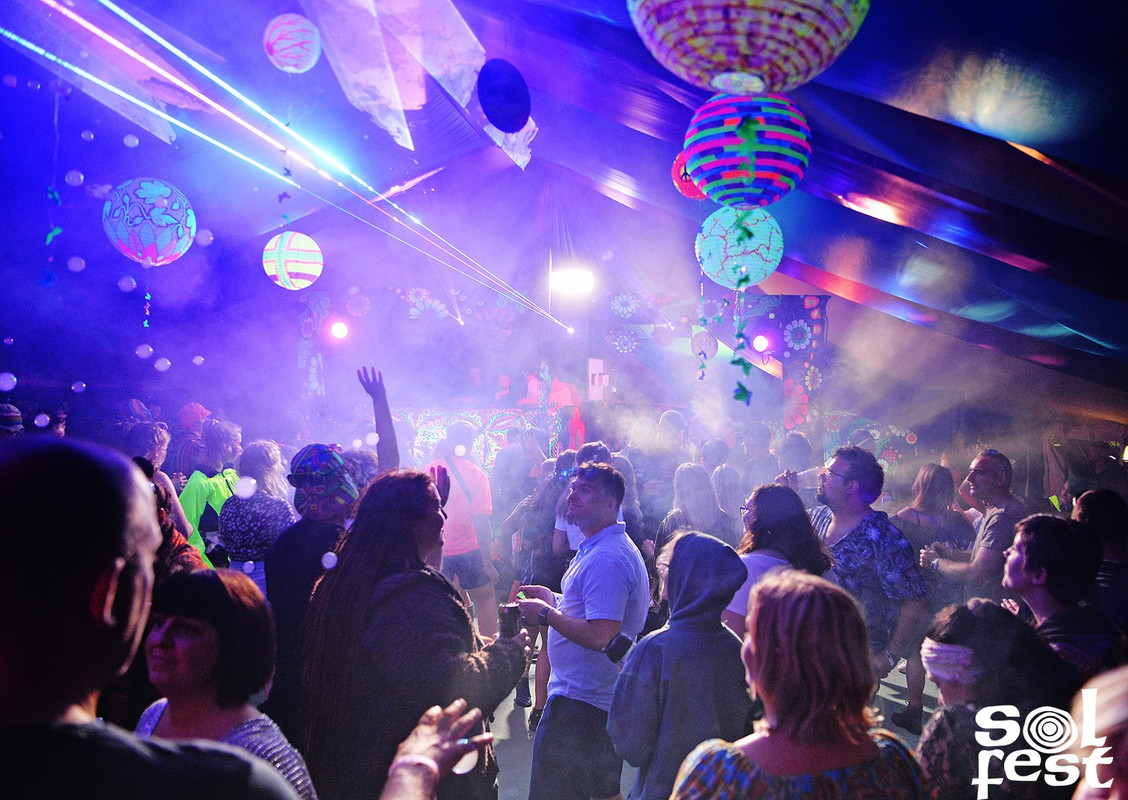 Cumbria’s Solfest is a weird and wonderful place where all sorts of genres collide. Expect a whole host of indie and rock bands together with house and Drum and Bass acts all taking to the stages. This is a rare place where rockers and ravers come together.

A fiercely independent festival, SolFest dedicates itself to arts and creativity and has an idyllic background of the Solway Coast. The dedicated dance tent is the place to be for all your Drum n Bass needs and is headlined by DJ Format, DJ Hype and DJ Champion. With an expanded capacity of 10,000 this will be SolFest’s biggest and brightest year so far.

Across 2 days in September, Newnham Park will be packed with 8000 people experiencing some of the most exciting dance artists and DJ’s around. The first-ever edition of the festival is looking to make a name for itself in the South of England and they’ve picked up some world-class talent including Wilkinson and Ben Nicky.

Get ready to dust the cobwebs from your wellies as you gear up for a non-stop weekend set in the ideal location of the rolling greens of Newsham Park. Local vendors will be all over to ensure that you get to experience the very best food and drink that Plymouth has to offer.

One of the most exciting dance festivals in the North of England, you can find Moovin Festival not too far from Manchester in local Stockport. Taking place in the eco-friendly environment of Whitebottom Farm, it provides the perfect escape as you enter through a canopy of thick trees and past breath-taking lakeside views.

There’s a feeling of exclusivity as the festival is purposely limited in its capacity, this is to ensure the best vibe possible and makes the whole experience feel incredibly personal. Despite promising to increase the spectacle at this years event, that personal feeling will always be retained.

Hospitality Weekend in the Woods

London’s biggest celebration of Drum and Bass will be taking over Beckenham Place Park for an entire weekend dedicated to the genre. With 8 different stage hosts announced including Royal Rumble, Calibre Presents and Let It Roll there will be plenty of stages to choose from.

Names such as Metrik, Netsky and Serum have all been invited down by the various curators to cause some mayhem across the entire weekend. This is one of the festivals most dedicated to Drum and Bass and as a result will be one hell of a dance party towards the end of this summer.

We will dance again declares Lancaster’s Highest Point festival as it brings us a lineup packed with plenty of bands and DJ’s to indulge in this year. After a hugely popular event back in 2019, Highest point returns to Williamson Park this year having previously hosted The Zutons, Sister Sledge, Grandmaster Flash and more.

In recent years Highest Point has established itself as an eclectic festival with established artists across three stages. With each year it strides towards greater things and on this year’s lineup, you’ll find chart-toppers and a whole host of irresistible artists to dance to.

It's highly recommended that you make a pilgrimage to Rampage Festival in Antwerp if you're a huge fan of Drum and Bass. It's known as the biggest bass music party on the planet and it's certainly not hyperbole. The production value for this festival is absolutely insane, with some of the most stunning light shows and stage performances that you'll find anywhere.

Bringing in the best artists on the scene, you will be joined by 30,000 fellow ravers, basking in the joy of this phenomenal experience. It's one of those festivals where you won't quite understand how special it is until you've seen it for yourself. It attracts people from all over the world.

This is a festival set up by a Drum and Bass record label for Drum and Bass fans. The latest edition of the festival will not only be their longest to date but their biggest lineup ever as they keep on raising the stakes. This is the ideal place to see some of the best Drum and Bass acts in a beautiful outdoor location, with plenty of green splendour all around.

Originally starting as a club night for the label, Liquicity has grown exponentially and the festival specialises in liquid Drum and Bass and has quickly gained a loyal following. Located just 40 minutes from Amsterdam it's in an incredibly accessible location.

Innovation In The Dam 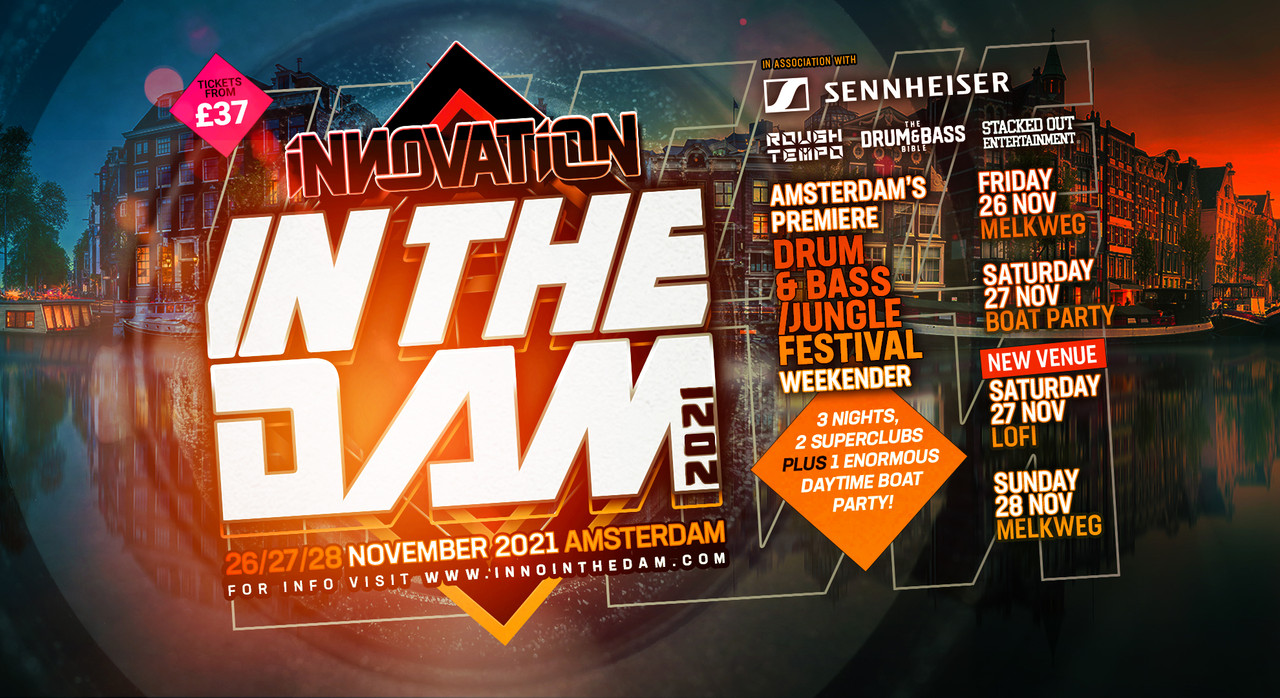 Innovation In The Dam has a rich history that revolves around its infamous Dutch rave atmosphere. Its reputation precedes it and Innovation In The Dam is surely one of the most exciting events on the calendar over in Holland. Taking place over three nights and involving two superclubs, it's going to be a massive party to get rid of any November chills.

During the daytime they're also putting on an enormous boat party and if that's not enough of a selling point then what is? It's a tribute to the city of Amsterdam's never-ending party attitude and will make sure that you get the best out of what is one of the best cities in Europe.

Has this list of the best Drum and Bass festivals got you in the mood for more? Well, click here to see our festival guides and get even more ideas for where you can go this summer.