From Tisno to Split and onto the isle of Pag, Croatia offers stunning beachfronts, historic sites, reliable sunshine and some pretty whopping line-ups

It's cold, damp and dark, the post-festive blues have crept in, you're on a diet/detoxing and you've not had a drink in a week.

If you're anything like us, there's one thing on your mind... music and sun, ideally beside a beach in a foreign land.

With that in mind, we've put together a list of our favourite festivals in one of Europe's most abundant festival nations: Croatia.

Renowned for its stunning beaches, historic sites and reliable weather, Croatia has become something of a dance music mecca in last decade, attracting scores of the biggest names in electronic music year-after-year.

Here we've handpicked ten of our favourite Croatian festivals, from the hugely popular Hideout to the lesser-known Love International, we'd go to all of 'em if we could (granted, most are at the Garden Resort, Tisno - but it is a cracking spot).

(Click on the festival names below for tickets and more info)

Where: Zrce Beach, Isle Of Pag

Marking its tenth anniversary, one of Croatia's best-known festivals will return to the breathtaking Isle of Pag for a five day run of beachside events.

Organisers have recently announced the first wave of artists confirmed to perform in June, including the likes of Danny Howard, Hannah Wants, Fisher, Andy C and Camelphat. The second wave of artists is imminent. Watch this space.

Hospitality On The Beach 2020 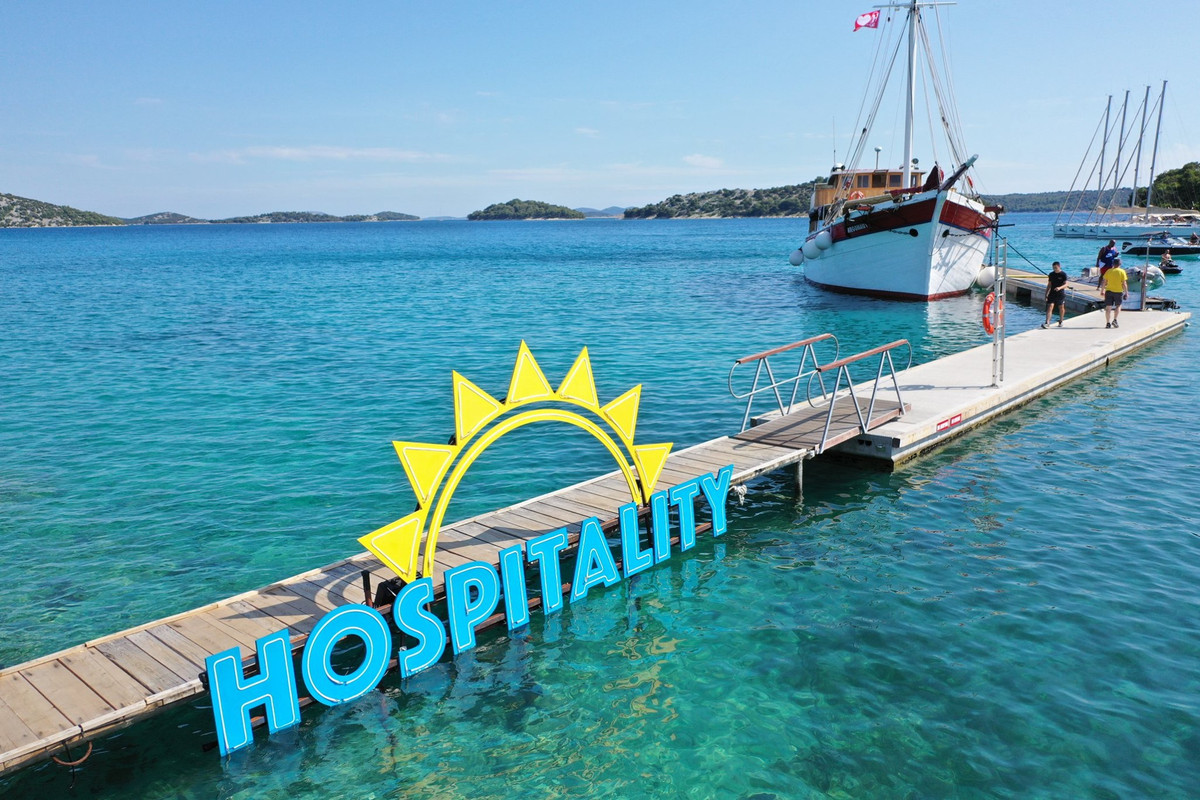 Image credit: Hospitality On The Beach

London's premier drum n bass label, Hospital Records, home to the likes of Netsky, Danny Byrd, Camo & Krooked, Metrik and High Contrast, heads back to the shores of Croatia this June for the third instalment of Hospitality On The Beach.

Taking over the stunning Garden Resort in Tisno (as with most festivals on this list), punters can expect to hear sets from the likes of Noisia, DJ Zinc, Calibre, Dimension, Culture Shock and London Elektricity, whilst kicking back in Garden's beautiful surroundings. 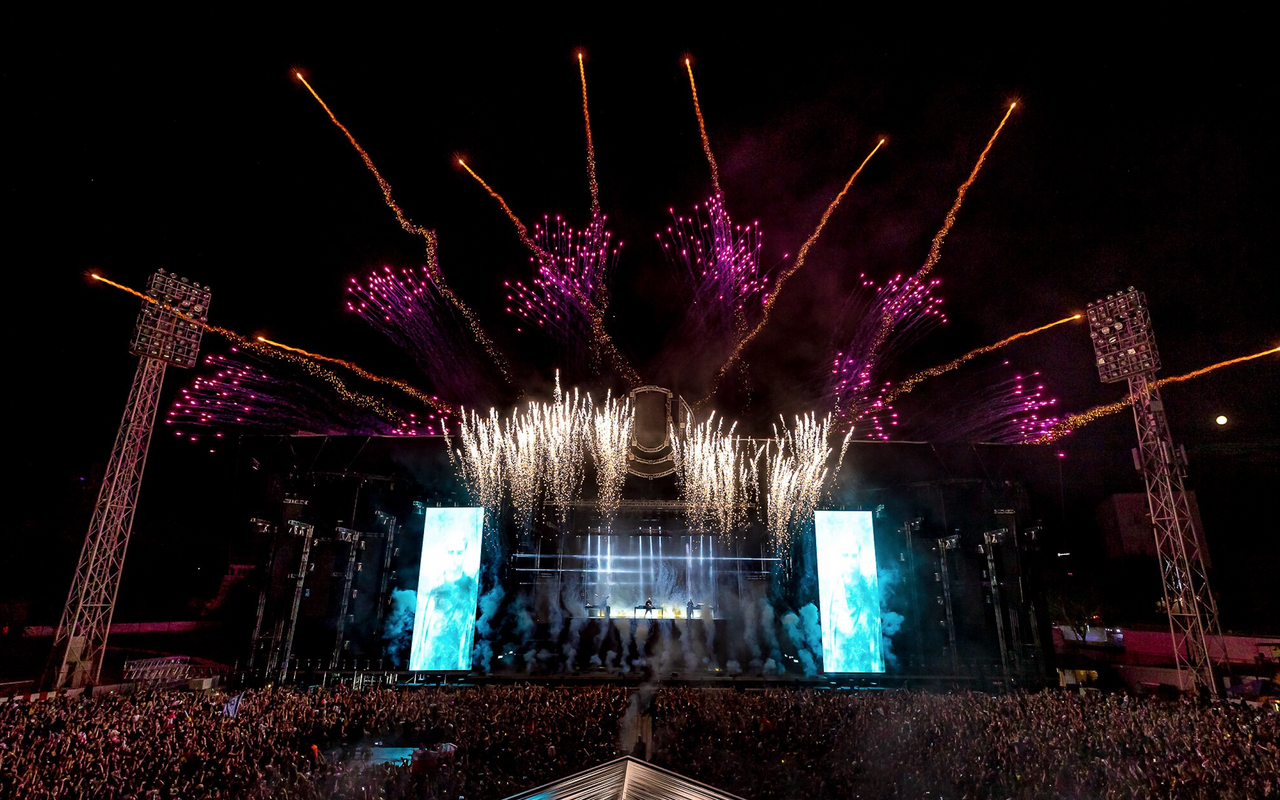 One of the world's leading dance music brands, managing events in over twenty countries across the globe, Ultra Europe will return to Croatia this July for a huge outdoor event in the country's second largest city.

The three-day event - boasting mammoth staging and lighting, pyrotechnic madness and jaw dropping visuals - has welcomed some of the greats from the EDM genre, with this year's lineup looking equally impressive: Armin Van Buuren, Afrojack, David Guetta, Richie Hawtin and Steve Aoki are all confirmed to play in 2020.

A somewhat different offering from the other festivals on the list, Suncebeat is an event aimed at the more soulful, laid-back members of the dance community.

Situated at Garden Resort in Tisno, which overlooks its own bay of crystal clear waters, golden sands and a beach stage, the festival attracts dance fans from over 40 countries year-on-year.

The passionate team behind the festival have a proven track record of supplying their faithful audiences with a varied line-up that's hard to beat. Suncebeat were the first to bring the likes of house don Larry Heard and seasoned selector DJ Harvey to the Garden amongst other legendary names, such as Roy Ayers and Grammy award winner, Gregory Porter. 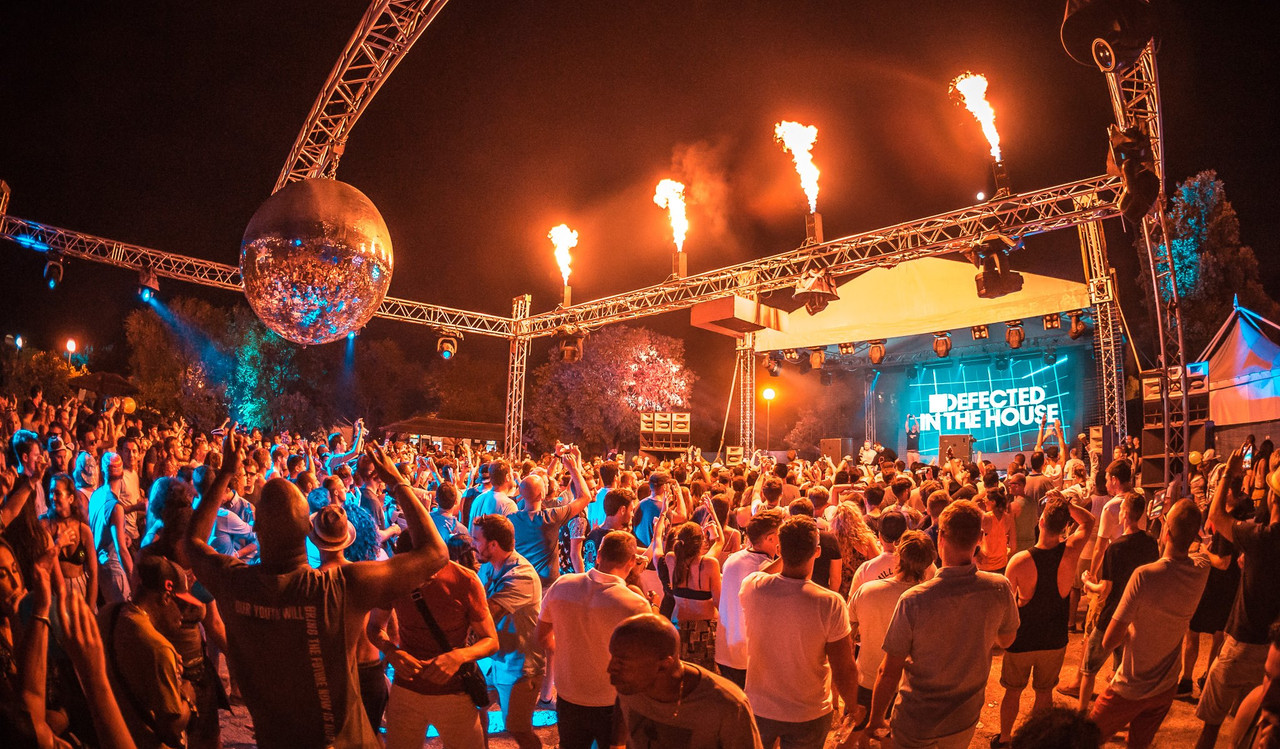 Another festival managed by another highly-regarded UK record label, Defected Croatia is a celebration of the respected imprint's values: 'inclusivity, togetherness and escapism in the sunshine and under the stars'.

Taking over the hugely popular Garden Resort in Tisno, attendees can make the most of daily boat trips, taking the party out to sea, whilst back on land the resort includes four stages where music runs late into the night, before moving to famed nightclub Barbarella’s to run down the twilight hours. 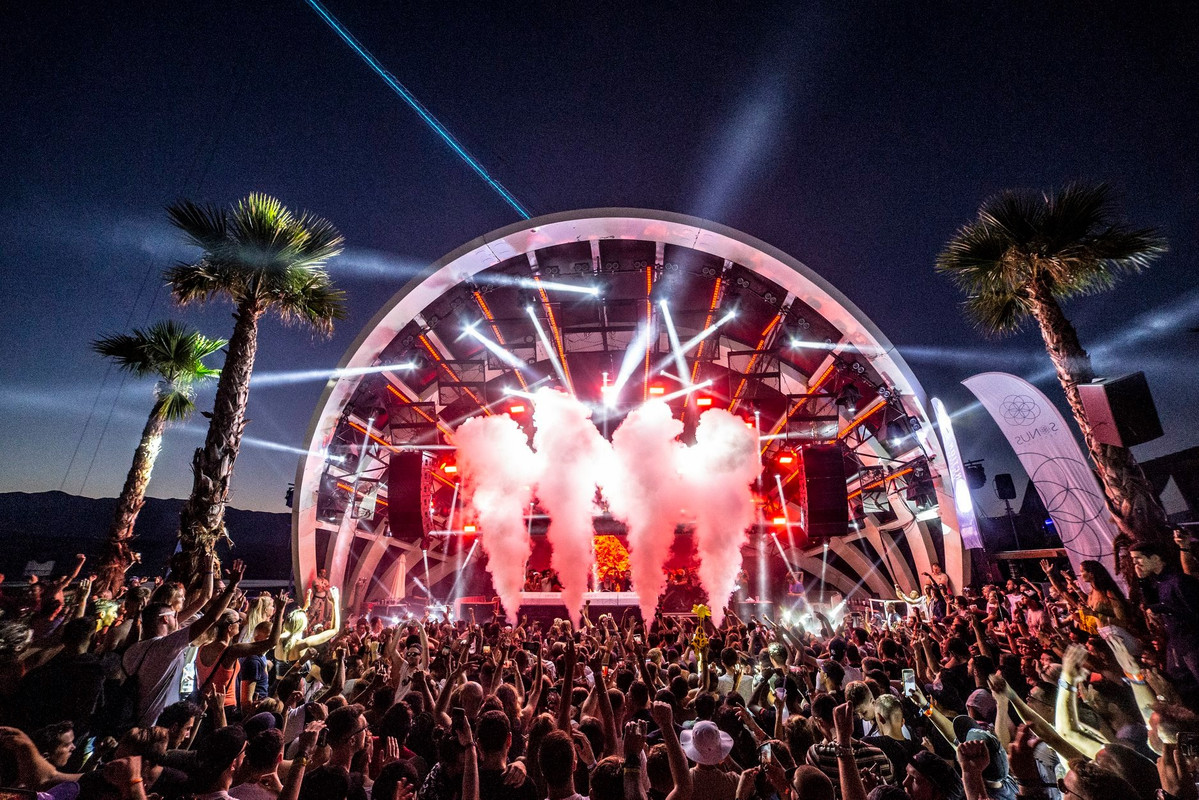 Where: Zcre Beach, Isle of Pag

With over 70 internationally renowned artists due to appear across three venues, in the peak of summer, on the stunning Isle of Pag, Sonus Festival isn't much of a hard sell.

The five day celebration of electronic music invites dance fans from across the globe to party through the day and into the night at beachside raves and sun-set boat parties upon the glistening waters of the Adriatic sea. 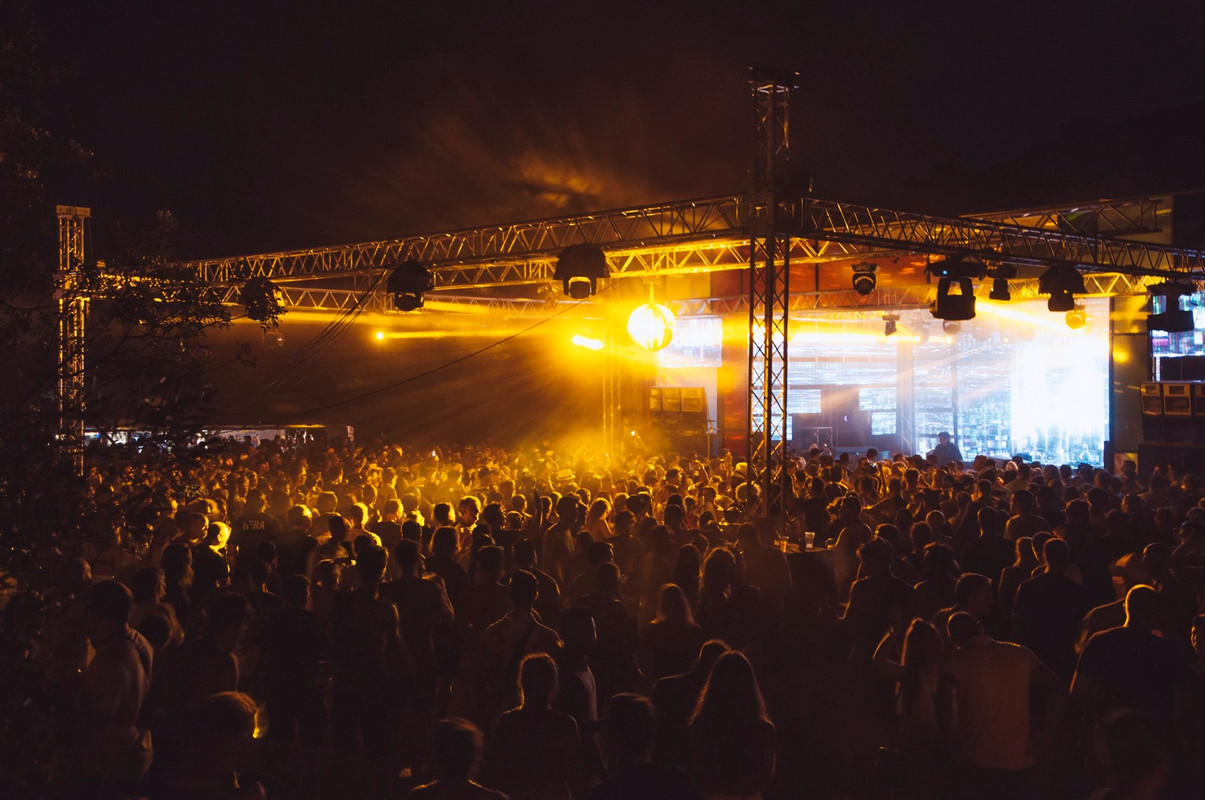 Taking the festival back to its roots, Outlook Origins will return to where it all began over a decade ago, with organisers looking to recreate that which made the festival the world renowned brand that it is today.

The Outlook team have employed the help of twelve highly-respected bass music tastemakers and pioneers, from drum n bass don Goldie to Glaswegian sound system collective Mungos Hi-Fi and UK garage stalwart Zed Bias, as they seek to return to the underground sounds of the inaugural festival, launched back in 2008.

This elite group of curators will help put together a hard-to-beat line-up, covering a variety of genres including dubstep, reggae, drum n bass, jungle and grime. The lineup for Outlook Origins 2020 is yet to be announced. Watch this space.

The much-loved festival is on the move this year, decamping from its fortress home in Pula to three new locations: the popular Garden Resort in Tisno (see most of the fests on this list), the world famous Barbarella’s Discotheque (a short car journey from The Garden Resort) and the amphitheatre in Sibenik (just outside Tisno).

Experimental electronic composer Floating Points will open this year's festival with a special event held in the amphitheatre, followed by six days of performances from the likes of Awesome Tapes From Africa, Helena Hauff, Margaret Dygas, DJ Stingray and Skee Mask, to name but a few. 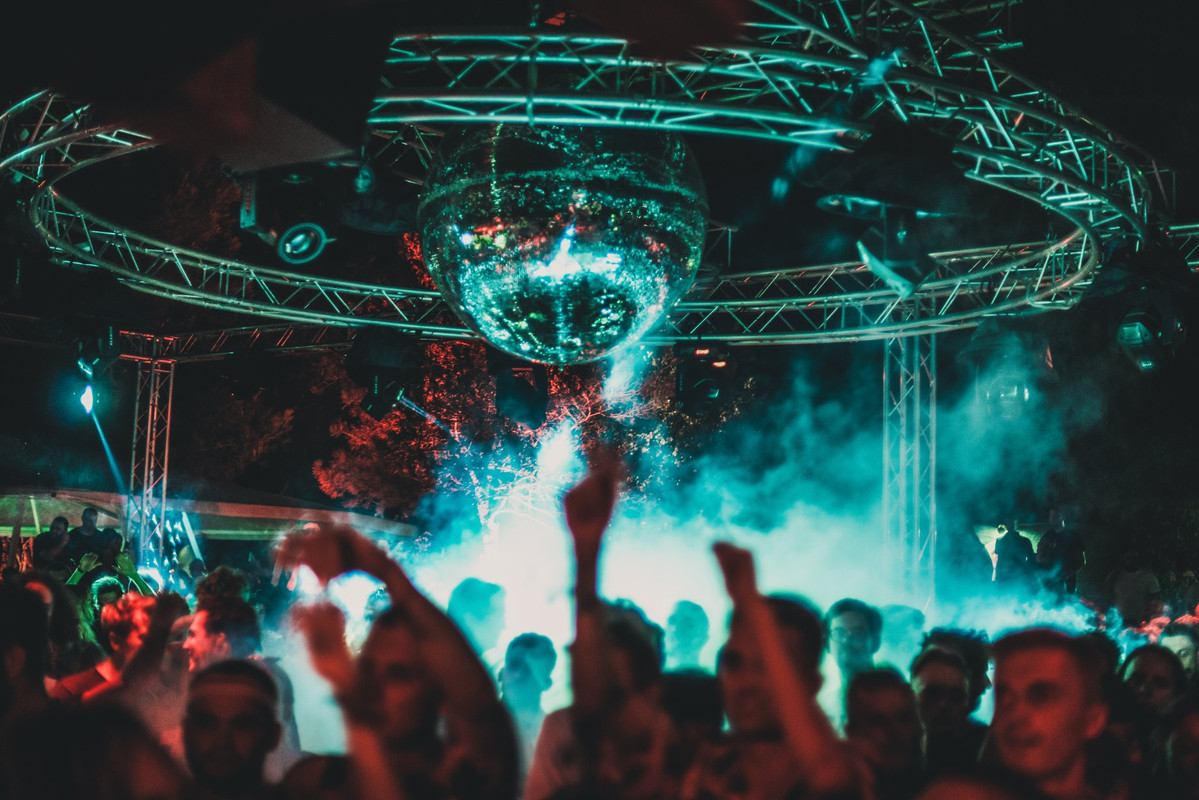 A beachside festival with a difference, Dekmantel Selectors is a laid-back and intimate camp-like experience which offers attendees the chance to see out the summer season in a relaxed and stylish manner.

For five days, punters can unwind, socialise and dance in the beautiful surroundings of the Garden Resort in Tisno, taking in performances across five stages from a host of esteemed DJs, including Afrodeutsche, Hunee, John Talabot and Joy Orbison - all confirmed for 2020.

For those looking for a rowdier experience, the festival throws a handful of boat parties, with this year's ocean-top events being hosted by Dutch brands Red Light Radio, Clone, Operator meets BAR, Strangelove and more. Alternatively, those in need of a more therapeutic and rejuvenating escape can sneak off to the atmospheric indie cinema, hidden off the beaten path. 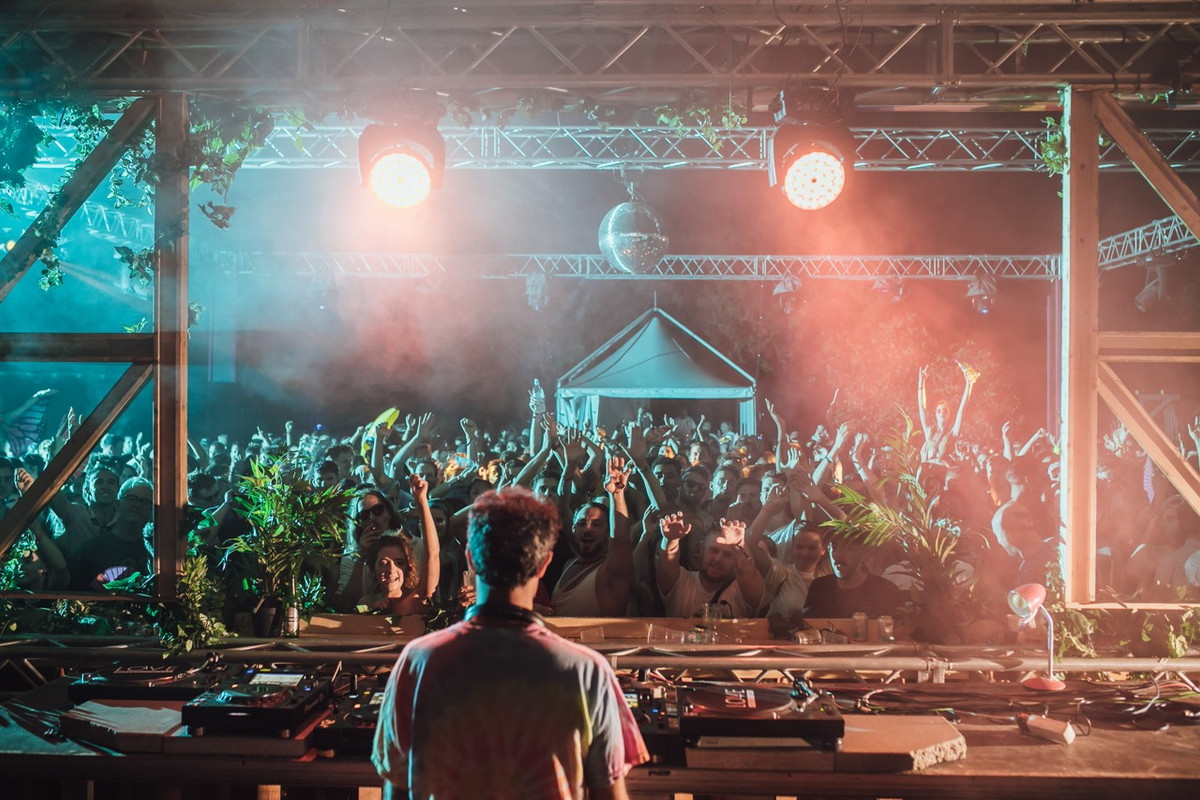 Appearing across Love International's many venues and stages are some of the biggest names in electronic music, including Andrew Weatherall, Ben UFO, Crazy P Soundsystem, Axel Boman, Kornel Kovacs, Chaos in the CBD, Gerd Janson and more.

Check out our Croatia Festival 2020 playlist below, featuring the likes of Fisher, Hannah Wants and Camelphat.

If we've put you in the mood to be making summer plans, and we hope we have, make sure to check out Skiddle's full Festival Guide 2020.

Caribou announces 2020 album - how to find tour dates and tickets

Chaos In The CBD