» News and Features » The Best Reggae, Dub and Ska Festivals

Looking for the best reggae, dub and ska festivals in 2022? You’re in the right place. Here are the festivals to watch out for in 2022.

A global phenomenon that still heavily influences modern culture today, reggae, and its many sub-genres, has been a pioneering and potent force within music, the arts and politics since it first arrived on the airwaves back in the 1960s.

The likes of Lee Scratch Perry, Toots & The Maytals and figurehead Bob Marley have gifted the world an extensive list of iconic records. And that’s not all. Think of all the other reggae legends, including Hollie Cook, Gentleman’s Dub Club, Gardna, The Skints, Kiko Bun, and so many more. The genre continues to evolve, innovate and inspire, with a rooted universal sound that never seems to age.

The UK and Europe offer an abundance of reggae, ska, rocksteady and dub festivals to commemorate the lasting love for the genre, the music, its pivotal characters, and to usher in the rising reggae stars of tomorrow.

It might not be the Caribbean, but you can still sample yourself a flavour of the birthplace of reggae and its cherished culture, at one of the best reggae festivals of 2022…

Unfortunately, neither the venue nor any acts have been confirmed just yet. But we do know the festival, one of Northern England’s biggest reggae gatherings, will take place again in 2022.

Last year saw some of the biggest names on the scene, including chart-toppers UB40, land in the huge B.E.C Arena to deliver the best in reggae, rock-steady, dub, jungle, dancehall, and more to a lucky crowd of around 5,000.

If reggae’s your vibe, this celebration of the genre and Jamaican culture could be the perfect festival for you. Watch this space for more info.

Where: The Sportsman Arms in Denbigh

Set upon the stunning Denbigh moorland of North East Wales, situated between Snowdonia and the Clwydian Range, U Know Festival or Fairestival, has grown exponentially in size and popularity since its inaugural event over six years ago.

A family-friendly, environmentally conscious and innovative music and arts gathering, the festival prides itself on its warm welcoming atmosphere and musical inclusivity. Renowned for promoting and showcasing a variety of world music genres - from jungle to soul, drum and bass, swing, funk and of course, reggae - some of the festivals many previous performers include the likes of Manchester reggae artist Kuntri Ranks, Gypsy folk band Mobius Loop, country rockers The Goat Roper Rodeo Band, Manchester DJ Nuusic and local act, Racubah Sound System.

Returning in 2022, luck ticket holders can expect an extended weekend of fantastic music, with a lineup brimming with DJs, bands, musicians and performers, appearing across the festival's multiple stages - including the barn stage, the geodome stage, hidden away in nearby woodland, and a Jamaican style trench town stage.

Where: Baltic Triangle in Liverpool

One of the UK's most eclectic reggae events, Liverpool's Positive Vibration Festival routinely provides its faithful following with a number of performances from some of the genres most revered artists, selectors and sound system collectives - the likes of reggae legend Lee Scratch Perry, Macka B & The Roots Ragga Band, The Majestic, Mungo's Hi Fi and many more.

Sadly, we’re yet to hear any information on the 2022 edition, but after so many strong previous years, we trust the award-winning reggae festival will come through with a fantastic lineup and blow us all away.

Launched back in 2016, the festival, which basically takes over the city's trendy Baltic Triangle district for a weekend in June each year, is an all-embracing, family-friendly occasion, celebrating the globally influential genre of music and the Jamaican culture from which it came.

On top of a stellar programme of performers, those in attendance can also take full advantage of a range of other activities and experiences - from the Reggae Q&A, led by a host of respected artists, promoters, record labels and other industry experts, to the Jamdown food and drinks market, offering a variety of Caribbean flavours and delicacies, and a bunch of interesting workshops fit for the whole family.

A mammoth, week-long reggae party on the eastern coast of sunny Spain, Rototom Sunsplash is one of Europes biggest, longest-running and most popular reggae music festivals.

Attracting up to 250,000 fans each year, as well as a plethora of renowned reggae names and performers, representing a multitude of sounds and styles - from dancehall and bashment to ska, dub and rocksteady - the time-honoured festival is regarded by many as a mecca for reggae enthusiasts the world over.

Amongst the impressive list of previous headliners to have graced the festival throughout its illustrious 25-year history, are the likes of Toots & The Maytals (who you can catch next year), Steel Pulse, The Specials, The Wailers and afrobeat legend, Fela Kuti to name a few.

Join the Rototom Sunsplash Festival family this year and immerse yourself in Jamaican culture. In addition to a huge bill of live shows, fans can engage in one of many workshops, attend art exhibitions, learn new skills at the craft fairs running throughout the week and sample some of the finest cuisine, all under the warm Mediterranean sun.

The perfect festival for those who love to skank. 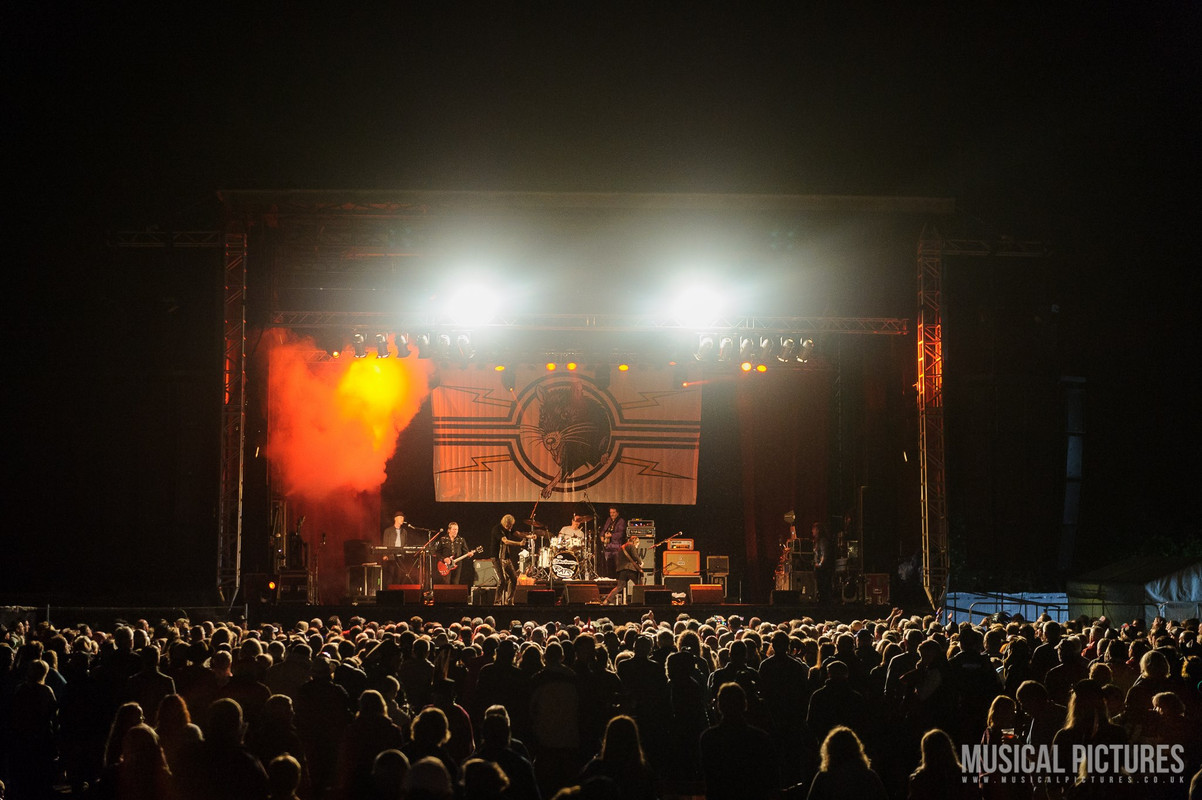 Considered by the festival’s regulars as more of a mini-break than a frenzied live music festival, Weyfest is acclaimed for offering its guests a stress-free weekend of relaxation alongside hundreds of world-class performances, from some of the best in the game.

Known for having a certain penchant for heritage reggae, ska and dub acts, Weyfest has welcomed many of the genre’s greats onto its stages since the festival's first jaunt back in 2007. Amongst them, the likes of UB40, The Beat, Bad Manners, Dub Pistols and The Selecter.

Priding themselves on presenting a host of new and emerging talents, as well as the heavy-hitting names, the Weyfest organisers routinely create an eclectic programme of performers, covering a variety of styles - from blues to folk, dance and jazz, reggae and all its offshoots.

Disconnect from the struggles of everyday life and unwind within the festival’s nurturing countryside setting. Visit The Rural Life Centre's working museum, littered with craft displays and artefacts. Ride the steam train that surrounds the perimeter of the festival, also running between the festival campsite and car park, or throw down a picnic rug, stretch out and relax to the sounds of some best live reggae acts Britain has to offer.

Where: Bowlers Exhibition Centre in Manchester

Dust off your loafers, don your pork pie, fix up in your best suit or pencil skirt and get ready to skank and two-step to the offbeat...

An event solely dedicated to one of the nations most-loved genres of music, the festival, the biggest of its kind in Northern England, welcomes up to 5,000 smartly dressed fans through its doors almost every year, for an event jam-packed with performances from some of the biggest and best ska and 2-tone entertainers.

We’re still waiting for confirmation the festival will go ahead next year, so keep your fingers crossed. If it does, we’re certain it’ll be unreal as every other year has been. Last year saw the likes of Bad Manners, Skaface, Esperanca, The Pyramids, The Skafather, Roddy Radiation and the Skabilly Rebels, and more take to the stage, so the lineup for 2022 is sure to be killer too.

Where: Matterley Estate in Hampshire

An outdoor music festival done on an epic scale, with some of the most creative and over the top stage productions, lights shows and sound system setups to be found anywhere across Europe - the annual Boomtown Fair is one of those events that has to be experienced to be fully comprehended.

Distinguished not only by its sensory overloading visual set-up and appearance, the festival has gained a reputation amongst festival-goers, across the UK and beyond, for its expertise in crafting mind-blowing bills of performers throughout its many years.

Covering an eclectic range of genres, with an emphasis on world music - such as hip hop, jazz, dance and, of course, reggae, ska and dub - the festivals previous lineups have included outstanding shows from the likes of The Skatalites, UB40, Chronixx, Alborosie, Super Cat, Gentleman’s Dub Club and more.

In a bold move, the festival has decided to keep most of its lineup a secret until just before the festival. The fest claims this can allow them to create lineups that are better and more diverse than ever. Safe to say we’re intrigued and eager to see who will be gracing the stage!

Bringing together a broad range of tribes and cultures, for a weekend celebration of music, food, art and performance, the organisers of Grimsby's Equinox Festival know a thing or two about throwing a cracking party!

Situated on the fringe of the Lincolnshire Wolds, an area of natural beauty on the East coast of England, the annual event showcases hundreds of bands and DJs across a number of stages and tents, including dance tents Sunrise and Lunar, the solar-powered Soundscape stage, The Crispy Duo Stage, dedicated to 'The Capitan' Crispian Baker, a late and former member of the festival team, The Busk Stop, Bug Dub and more.

With a particular passion for reggae music, the event's dedicated organisers place a heavy emphasis on including acts that perform within its many sub-genres. You'll also find many hefty looking sound systems scattered across the festival site, to help bring that inimitable, ground trembling dub sound to life.

Punters can also find various other forms of entertainment whilst on site - from awesome pyrotechnic shows to unique workshops and craft fairs, a healing area and a fantastic children's area - as well as an excess of affordable food and drink choices, from some of the best local producers and vendors.

In the mood to start planning your summer festival adventure in 2022? Be sure to check out Skiddle's full festival guide here.

Check out our What's On Guide to discover even more rowdy raves and sweaty gigs taking place over the coming weeks and months. For festivals, lifestyle events and more, head on over to our Things To Do page or be inspired by the event selections on our Inspire Me page.

The A-Z of Festival Essentials