The Going Out Podcast - Episode 8 - Thom Rylance (The Lottery Winners)

The heavily tattooed frontman of indie-pop four piece, The Lottery Winners joined Georgia and Pippa for a trip down memory lane - recalling nights in the club singing to The Smiths and late night garlic bread

For episode 8 of The Going Out Podcast, we continue our conversations with Thom Rylance, lead singer of indie-pop foursome - The Lottery Winners.

Since then, the group have accomplished what many fail to achieve throughout their entire musical careers. They've appeared on stage in front of thousands of fans at festivals such as Kendal Calling, Camden Rocks, Live at Leeds, Liverpool Sound City and the legendary Glastonbury Festival, and performed their signature brand of vibrant guitar-pop alongside the likes of Madness, '90s Britpop band Sleeper and Catfish And The Bottlemen. 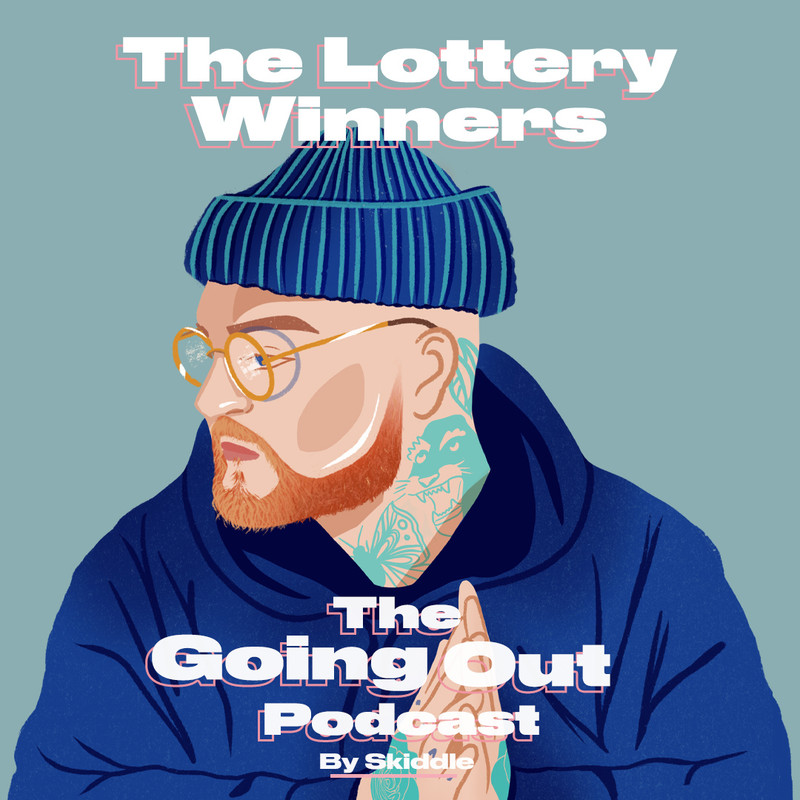 They've also deservedly caught the attention of some big industry names, gaining record deals with the likes of Warner Brothers and highly-regarded independent label Modern Sky, with whom the band recently released their self-titled and well-received debut LP.

We recently got the chance to talk the bands charismatic vocalist and talented guitarist, Thom about his experiences growing up in a sleepy market town in the North West of England. He recalled his earliest experiences of live music, attending underage events in his hometown, and detailed his first foray into the proper clubs and venues as a consenting adult. He also told us of his love for the likes of grunge band Nirvana, and Manchester favourites The Smiths, and how he likes to end a good night out with a cheesy garlic bread. Respect.

We also chatted about the release of the aforementioned full length debut record, released a mere few days before the first lockdown last March, what he and the band have done to stay creative over the pandemic (which produced their second album), and we also tested Thom on how Northern he really is...

Listen to the final podcast of Series 1 on Apple, Spotify and Youtube now.