The Chelmsford and Stafford twin festivals announce yet more additions to their star studded lineups.

V Festival is a festival renowned for its charecteristically stellar lineups, and 2013 is going to be no exception.

Featuring the leading lights of the mainstream and popular music world’s, most the artists you’ve loved listening to on radio one over the past year are more than likely to put in an appearance at the Chelmsford and Stafford twin Festivals, held between August 17th and 18th.

V Festival 2013 have announced a star studded weekend line-up including Swedish House Mafia star Steve Angello, The Saturdays, Katy B, Mark Owen, Lissie, Conor Maynard, The Pigeon Detectives, Jaguar Skills, McFly, Everything Everything, 5ive, The Eels, The Heavy, Netsky Live! The Original Rudeboys, Nina Nesbitt and K-Koke have also been confirmed to play across the weekend.

V Festival have also announced The Futures stage, showcasing the very best in up and coming talent, music more on the edge of the mainstream and a great place to catch new acts before they become massive. Jamie Cullum and Benjamin Francis Leftwich are the main headliners, but we can also expect sets from Monsta, James Skelley & The Intenders, Lewis Watson, Misha B and A*M*E to name a few.

Now entering its 18th year at the top, V festival once more looks like reinforcing its reputation for bringing the very best in popular music together for one epic weekend in the British summer. Now established as the biggest festival in the UK with over 170,000 fans attending across the two sites, the visionary festival remains one of the hottest dates on the UK cultural calendar.

Here are the next 3 upcoming events At Hylands Park, Chelmsford 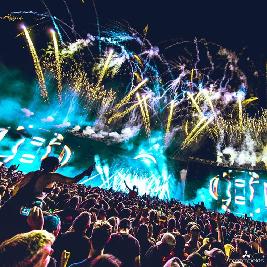