Warning: Use of undefined constant USER_ID - assumed 'USER_ID' (this will throw an Error in a future version of PHP) in /home/vhosts/skiddle.com/httpdocs/news/news_item.php on line 978

When sport and music collide: the good, the bad and the damn right ugly

‘A thing of beauty is a joy forever’ (John Keats)

From the spine tingling Andrea Bocelli lighting up Leicester City’s unimaginable Premier League title party with a flawless performance of Nessun Dorma to the extraordinary pairing of Freddie Mercury and operatic soprano, Montserrat Caballe bringing the 1992 Barcelona Olympics to a standstill. If pitched right, defining sporting events can deliver musical moments that take their impact into the stratosphere.

On the other hand, there is Janet Jackson’s ‘wardrobe malfunction’ alongside Justin Timberlake at the SuperBowl in 2004, Destiny’s Child wearing L.A. Lakers apparel at the NBA Finals in Philadelphia (that’s the equivalent of wearing a Manchester United shirt in the home end at The Etihad) alongside a tepid performance of Bootylicious to a hostile crowd, and Ozzy Osbourne’s inaudible attempt at Take Me Out To The Ball Game in the seventh inning stretch at Wrigley Field, which should have been clipped up and used as an advert to deter teenagers from the excesses of the rock n roll lifestyle.

Here, we look at the good, the bad and the complete horror shows when sport and music collide. 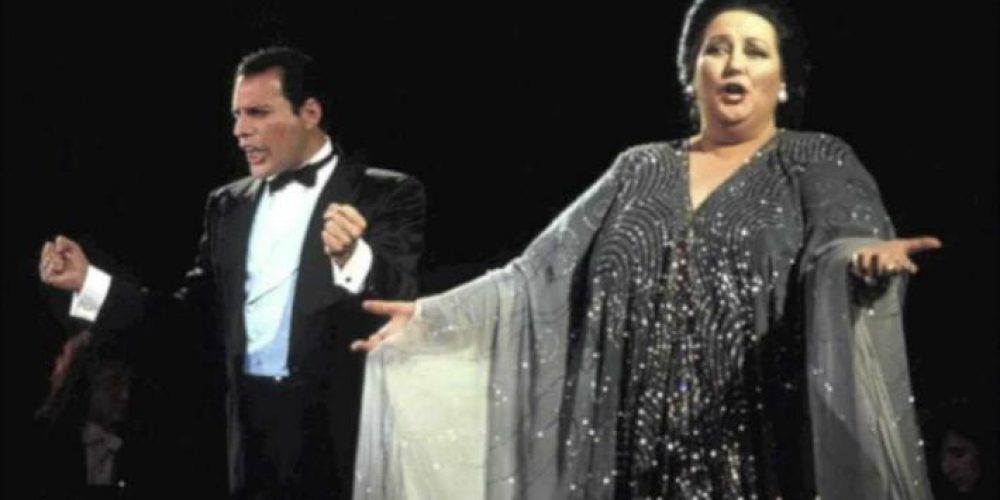 Mercury and Montserrat: the good

Former X-Factor contestant, Karen Harding’s five minutes of fame was given an extension when she was asked to sing the national anthem on the hallowed turf of Wembley Stadium ahead of the FA Cup Final 2016 between Manchester United and Crystal Palace. The stage is set, the band strike up and as 80,000 fans utter the opening line to God Save The Queen, it seems Harding has well and truly missed her cue.

Clearly mortified by the experience and trying to paper over the cracks, BBC commentator Guy Mowbray jumps to her defence: "in all that noise, it’s easy to miss your cue”. Harding manages to join in later down the line but it’s all too little too late. The final also saw performances from Tinie Tempah, the NHS choir and a turgid 120 minutes between United and Palace, in which neither team seemed as if they wanted to win. A turkey for want of a better word.

Is there a moment that better reflects the USA’s awkward relationship with ‘soccer’ quite like Diana Ross's howler from the penalty spot as part of the 1994 World Cup opening ceremony in Chicago? With their successful bid to host the tournament met with scepticism by the international football community, timing is surely everything. Following performances from Hall & Oates, Oprah and a speech from President Bill Clinton, Ross emerges to mark the dawn of a new era in America’s relationship with football. 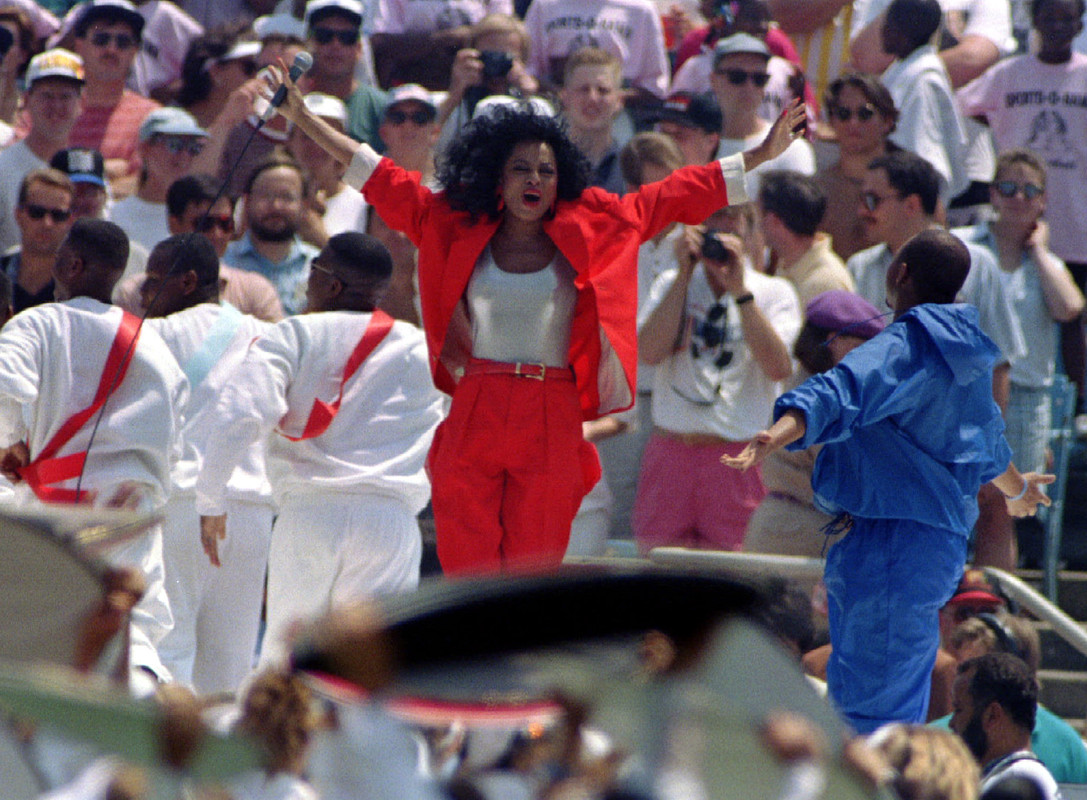 Launching into her perfectly apt hit I’m Coming Out, she navigates the length of the field and it’s her time to shine from twelve yards. She begins her run up and incorporates a stutter the likes of Paul Pogba would be proud of, before shanking the ball so far to the left of the goal it almost hits the corner flag. This is no exaggeration; it makes Gareth Southgate’s defining moment in Euro ’96 look like a decent effort.

And finally, leave it to the late, great purple one to deliver the magnum opus of musical performances at a sporting event.

Winters in Florida are generally dry, but on the morning of 4th February 2007, a storm moved into the Miami area, which threatened to bring chaos to proceedings at SuperBowl XLI. As torrential rain and swirling winds echoed inside the roofless Dolphin Stadium – not only was the game in jeopardy but the half-time show to end half-time shows also hung in the balance. The morning of the final programme producer, Don Mischer called Prince and asked if he would still be ok to perform given the conditions, to which Prince simply responded: “Can you make it rain harder”?

With 75,000 in the stadium and the world watching on, Prince delivered a musical masterclass including; a slow jam through All Along the Watchtower straight into a bar room brawl take on the Foo Fighters' Best of You and a frantic race through Let’s Go Crazy. Not content with upping the half-time show ante in a storm of biblical proportions, he finished proceedings with a seminal rendition of Purple Rain.

His unusually shaped guitar drew comparisons to phallic imagery, being seen live by millions around the world. The silhouette was displayed on a large, blank, flowing sheet, creating a projection of an outsized shadow, which was deemed too risqué for TV. However, it was too late in the day to cut to a corporate advert and with everyone in the palm of his hand, the purple one took it home with his wailing falsetto – like a nightingale in the midst of World War 3.

Prince was what the urban dictionary defines as a 'Badman': someone who goes against the grain of society, politics or performance – or all three in his case.

Get to know... Jamie Webster

Why you really should be listening to... Winston Surfshirt