Ahead of Matts third appearance at Heritage on November 3rd, we interviewed him on his intro to the world of DJing, production, the Freestylers and more...

How did you develop an interest in music, and what were your own early influences?

I was one of the first kids in my primary school to own a "ghetto blaster" (thats an 80's reference, it was a big tape deck with speakers that you carried around)

Back then I realised the power of music and how it could influence mood.

I was asked to bring my ghetto blaster to our end of year school disco and still remember the excitement I felt watching some of the boys start to body pop when I played "The Rock Steady Crew" off the first NOW album.

How did you get into DJing and music production and which came first?

DJing - I suppose that was my first DJ gig at 11. I got decks when I was 15 and a year or so before a 4 track recorder a synth and a drum machine.

Production - I used to make rudimentary dance tracks in my bedroom and DJ at local house parties.

Having previously been in both Strike and (breakbeat production duo) Cut'N'Paste with Andy Gardner, you were the catalyst for (previous Heritage guest) the Plump DJs being formed (Andy and Lee Rous) - how did that come about?

I met Andy when we were both deejaying at a party in my local pub. We decided to make a couple of tracks together. The second being "U Sure do".

I was at college with Lee at the time and they met each other around my house.

Aston Harvey was a member of breakbeat house group the Blapps Posse and a producer for the likes of the Rebel MC and DJ Rap, and you had been in Strike and Cut'N'Paste. What was it that brought you together to form the Freestylers?

I was in the studio recording as Strike and Aston was recording in the next studio as Sol Brothers.

We were chatting and decided to make an electro track together. Freestylers was born!

The name The Freestylers was taken from the classic electro tune "Don?t stop the rock" by Freestyle - how did that come about?

From us being too lazy to come me up with our own name! "Don't Stop the Rock" was the main sample in our first tune "Drop the Boom".

The Freestylers released some amazing mix cds, all showcasing different styles of music. Electro Science is predominantly electro for example. My personal favourite is the FSUK2 cd, and in particular CD1. What was the process for choosing the tracks and flow of that mix?

Those tracked were really pretty much what I was playing as a DJ at the time. We basically wanted to showcase a lot of our own music as well as stuff on the Freska label and also music made by our mates.

A different story vol.1 was borne from an Annie Mac 5 minute megamix that you did. What made you decide to take that further into a full cd mix?

We enjoyed doing her mini mix so much that we thought why not do a whole album embracing the same concept.

In around 1999, I came and saw you DJ at Fabric (you kindly put me on the guestlist!). 5 years later in 2004, you released the FabricLive mix. How did you feel about the breaks scene at that time?

I felt it needed some new, younger life. People like Napt, the Breakfasterz etc seemed to be bringing that. I wanted to showcase the newer sounds coming through.

You saw further chart success with The Freestylers, in particular "Push Up", which straddled both the breakbeat and house genres. What was the inspiration behind the track?

We based the groove on A Rodger Troutman track - Zapp "It doesn't really matter". We were lucky enough to have a great song written over our groove.

Having first seen you DJ around 20 years ago and many times since, your own style includes big tracks from many different genres, taking in everything from your own productions and including 2-step garage, big house tracks, early acid house, rave classics, hip hop, drum and bass, and lots more. This makes for a very fresh and exciting DJ set, but how do you choose the specific music that you play given such a broad range of styles?

I'd say that a large proportion of the music I play these days is our own tracks, remixes and edits.

This is your third appearance for Heritage, we can't wait to have you back on our decks!

I can't wait to come back. Always a pleasure! 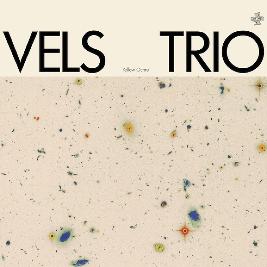 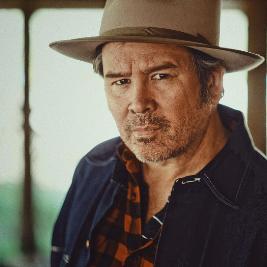 This event has been Postponed until 26th Jan 2023

We're delighted to be welcoming Grant back to Hare & Hounds on 19th January 2022 following his sell ... 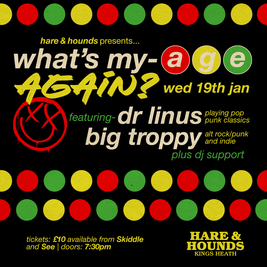 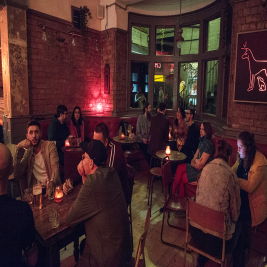 Weekly Quiz Night at The Hare and Hounds