London's own festival returns to the capital for three days of music, mayhem and mischief at Gunnersbury Park on 12th - 14th of June 2020.

For the most up-to-date information about this event, please go here: 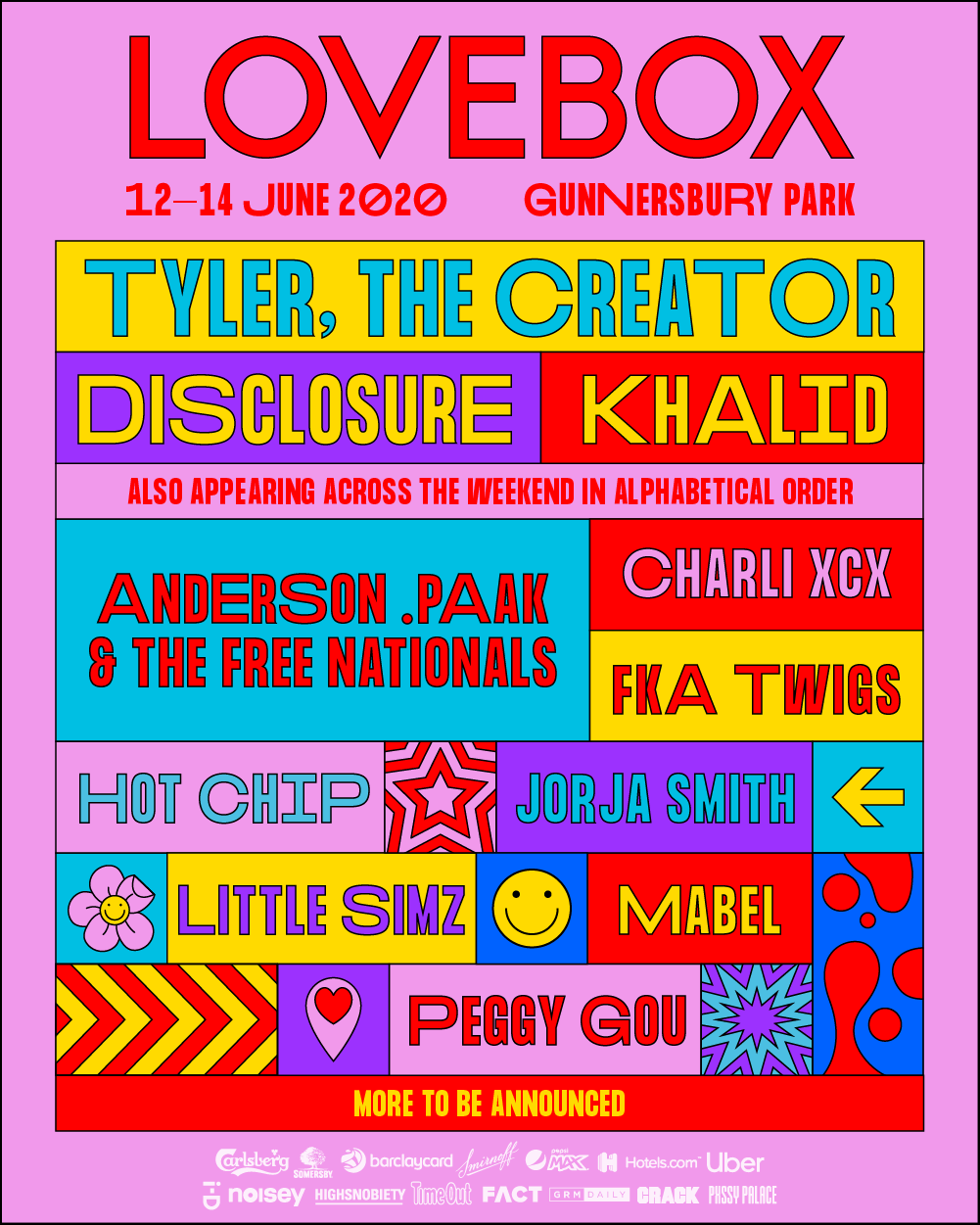 Age Restrictions: 16+ (under 18s accompanied by a ticket holder 18 years or over)

We started in 2002 as a club night on Tottenham Court Road. We got bigger and bigger and soon took over Clapham Common for the first edition of the festival. In 2005, we outgrew Clapham Common and moved east to Victoria Park. That was our home for the next 12 years, and we had some unforgettable times there. We’re now taking the trademark Lovebox vibes west to Gunnersbury Park.

The name Lovebox comes from our co-founders Groove Armada. During a DJ set they would put the records that got the most love from a crowd in a box, hence, Lovebox. 18 years, hundreds of performers and three locations later, we’re still in the game and the story behind our name rings true more than ever. We’re the biggest and best party in London.

This event is part of our Festivals 2020 guide

Who's on the line-up?

Entry price (public): From £72.50 plus fees (Additional fees may apply)

Need a place to stay? Compare every available hotel deal and Airbnb near Gunnersbury Park, so book today to secure the best price!.

Steven said: "Really great event, just was a pity about the weather but not much you can do about that...! Maybe a few more stalls and maybe a another tent with a ". More »

if the event is cancelled you'll get a full refund

Tickets via email or App