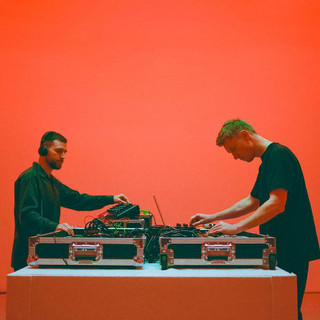 London based childhood friends Andy Ferguson and Matt McBriar duo as Bicep. The dynamic Belfast born pair rose to fame in the UK Dance Music scene following their music blog FeelMyBicep in 2008. With their vast music knowledge their audience grew by over 100,000 visitors a month and saw them grow in 2010 to DJ’s in their own right.

Bicep won Best Track at the DJ Mag Best of British Awards 2020 for 'Atlas' and their second album ‘Isle’ launched on the 22nd January 2021 on Ninja Tune.

They have played as various clubs including Space Ibiza, Berghain, The Warehouse Project and many more to date. They are now regulars on the festival scene, performing at the likes of Glastonbury, Creamfields, Field Day and Primavera Sounds.

Bicep has been mentioned in our news coverage

Here are the latest Bicep mixes uploaded to Soundcloud.

Do you promote/manage Bicep? Login to our free Promotion Centre to update these details.