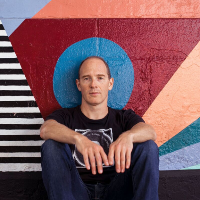 Get more information about Lollapalooza Brazil 2022 including festival tickets, news, reviews and lineups.

Get more information about Primavera Sound 2022 including festival tickets, news, reviews and lineups.

From its humble beginnings with the theft of a sampler gathering dust in his high school’s music department, through several acclaimed albums and an absurd collision with a litigious wrestler, Dan Snaith’s (aka Caribou) musical life has followed anything but a predictable trajectory.

Snaith originally recorded under the stage name Manitoba, but after being sued by Richard “Handsome Dick” Manitoba, Snaith changed his performance name to Caribou in 2005.

As a studio project, Caribou is carried out by Snaith alone, but on tour the live band also consists of Ryan Smith, Brad Weber, and John Schmersal. More than a decade of touring across the globe has cemented Caribou’s reputation as much for being a live band as a studio project.

Caribou hasn't been mentioned in our news coverage

Here are the latest Caribou mixes uploaded to Soundcloud.

Do you promote/manage Caribou? Login to our free Promotion Centre to update these details.