Warning: Use of undefined constant USER_ID - assumed 'USER_ID' (this will throw an Error in a future version of PHP) in /home/vhosts/skiddle.com/httpdocs/artists/artistheader.php on line 29
 British Sea Power tickets and 2020 tour dates
» Events » Events by artist » British Sea Power 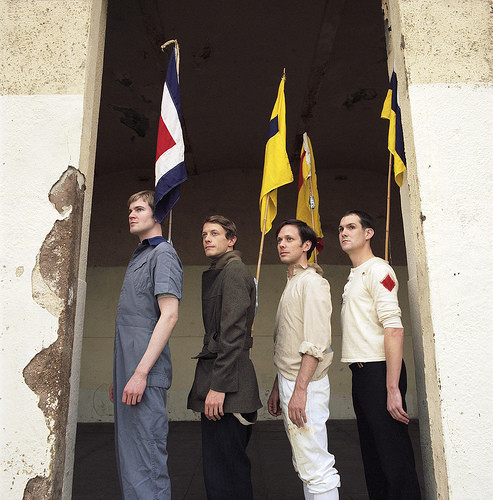 British Sea Power are a four-man indie rock band based in Brighton, England, although three of the band hail originally from Kendal in Cumbria. Their style encompasses sweeping and often epic guitar pop with more visceral, angular and esoteric noises and instruments. Critics have likened their sound to a variety of groups, from The Cure to Pixies. They have released four albums and a number of EPs (most on Rough Trade) since they formed in 2000. The band is currently comprised of: Yan (Scott Wilkinson) - Vocals, guitar

British Sea Power hasn't been mentioned in our news coverage

Below is a sample playlists for British Sea Power taken from spotify.

Do you promote/manage British Sea Power? Login to our free Promotion Centre to update these details.