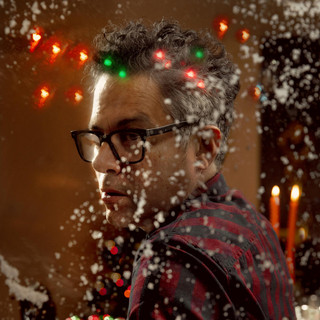 Matthew Stephen Ward (October 4, 1973, Newbury Park, California), known by his stage name M. Ward, is an American singer-songwriter and guitarist who rose to prominence in the Portland, Oregon music scene. In addition to his solo work, he is known as a member of She & Him and Monsters of Folk.

Ward was previously with the band Rodriguez, which included bassist Kyle Field (of Little Wings fame) and drummer Mike Funk. They recorded and released on cassette Box Plots and Cash Crops and then the album Swing Like a Metronome in 2000. Duet for Guitars #2 was released by Howe Gelb on his Ow Om record label. Ward's 2001 album, End of Amnesia, was put out by Future Farmer Records and his subsequent albums have been released on Merge Records. A collection of live recordings, Live Music & The Voices Of Strangers, was a self-released disc that was sold at his shows. His next album Transfiguration of Vincent was released in 2003, followed by Transistor Radio in 2005. A year later Post War was released.

M. Ward has been mentioned in our news coverage

Below is a sample playlists for M. Ward taken from spotify.

Download our app or subscribe to our push notifications to get the latest alerts for M. Ward

Do you promote/manage M. Ward? Login to our free Promotion Centre to update these details.